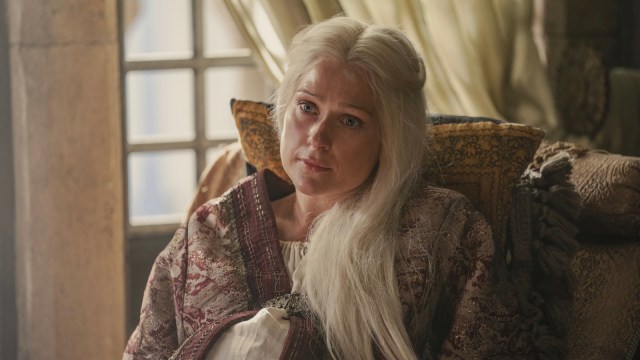 Fans are savoring the agony and ecstasy of the gratifying House of the Dragon premiere, with one scene standing out as the tour de force of the episode.

Many viewers were in awe of Sian Brooke’s poignant performance as Aemma, queen consort of King Viserys I Targaryen (Paddy Considine). Redditor adil104 posted a photo of her with the caption, “Her story was tragic, and that scene was brutal. The betrayal and horror she felt in her last moments,” with a crying face emoji.

They are referring to the electrifying moment when Viserys’ allegiance to the patriarchal system that governed their culture eclipsed his love for his wife, and made him force Aemma to undergo a high-risk caesarean section without her consent, with the king’s decision ultimately cost Aemma her life.

Her story resonated with fans who were astonished by Viserys’ betrayal. Redditor doctorzoidberg26 described how they broke down in tears watching the doomed queen’s anguish as her powers of self-determination were mercilessly seized from her by the person she had trusted to protect her.

Many viewers became emotional over Queen Aemma’s cruel fate. Donnademuertos was astonished by the violence of the primitive medical procedure.

Another Redditor was incensed that Aemma’s attempts to advocate for herself and her efforts to refuse the operation were ignored. Once the specter of gender bias manifested, her humanity seemed to vanish in the eyes of her husband, the doctor, and the midwives.

The premiere of the Game of Thrones spinoff tackles this difficult topic with equal measures of boldness and sensitivity. With such outstanding writing and acting, it’s no wonder that the debut of House of the Dragon racked up a staggering 9.99 million views, and has already surpassed Game of Thrones as the most-streamed premiere in HBO’s history.