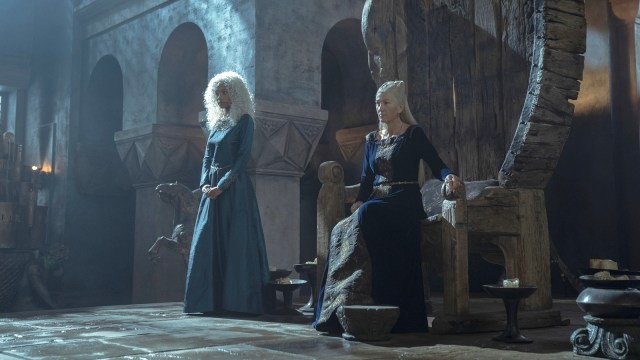 House of the Dragon star Bethany Antonia doesn’t mince words when it comes to expressing the “massive” impact the new show has made in terms of representation. Unlike the show’s predecessor, Game of Thrones, House features actors of color facing forward in an unprecedented way, which has not only changed the way viewers think of the fictional world of Westeros but of the genre of Fantasy itself.

Due to the time-jumping nature of the series, Baela, eldest daughter of Daemon Targaryen and his second wife Laena Velaryon, is a recent addition to the cast, but she’s shaping up to be one of the major players of the next season as she stands alongside her stepmother, Rhaenyra Targaryen, in the civil war known as the Dance of Dragons.

Antonia is well aware that her role, along with her fellow actors of color in the series in terms of visibility “is huge, and is just so exciting. Just from a responsibility point of view, more than anything, it’s so nice to have that, so that other people can watch the show and see themselves on screen,” she told Digital Spy. As far as the influence the show has had on viewers, worldwide, Antonia categorizes it as:

“A massive impact. It has a worldwide impact because it’s just putting everyone on a level playing field, as opposed to seeing tons of characters with white privilege, and then a few brown people scattered in amongst everybody else.I know that this is a fantasy show, but it has such an important message when you watch these fantasy shows in real-life scenarios, because those ideas are what we take out into the real world, right?”

According to Antonia, the series scenarios mirror real life and that means that viewers’ takeaways can be influenced by any given scene. “You see characters wearing crowns on television, and then you go out into the street, and you live your normal life but if you’ve seen Black people in positions of power, and seen the Lord of the Tides – you know?” she says.

“The internal ideas that you have about people of color, I think, will be shifted from watching this program.”