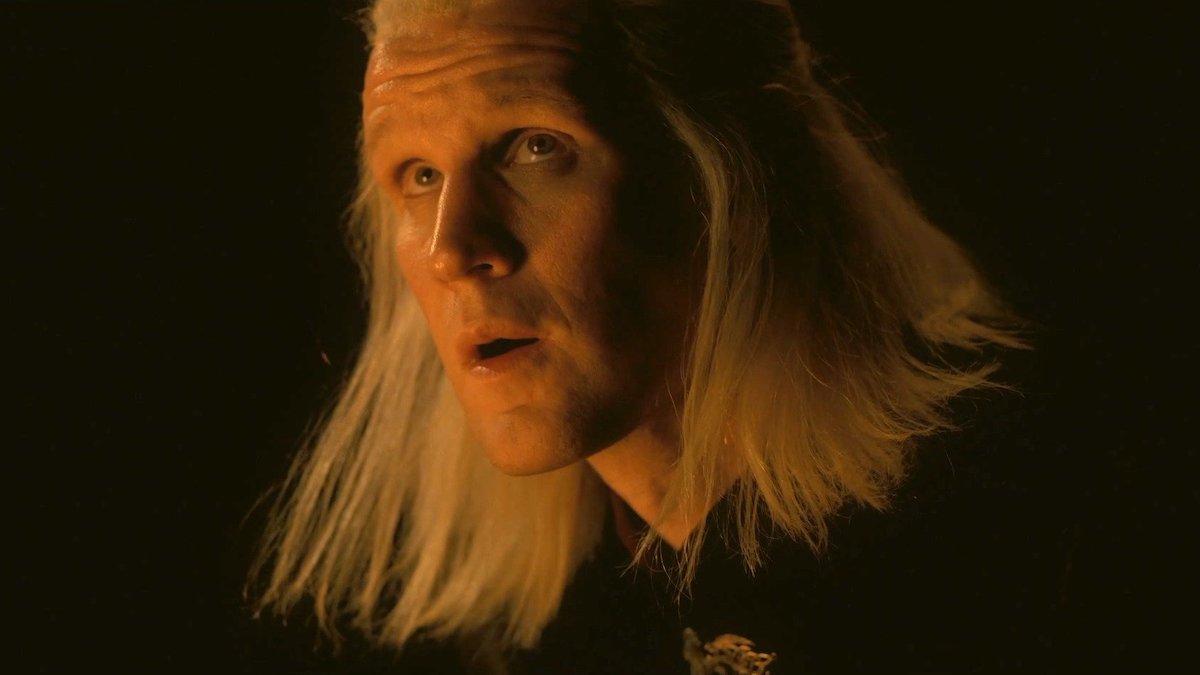 Calamity descended on to the set of House of the Dragon when a fight scene starring Matt Smith went terribly wrong.

According to Variety, actor Fabien Frankel (Ser Criston Cole) opened up about how he accidentally struck Smith (Prince Daemon Targaryen) in the face with an axe while they were rehearsing combat choreography for the new series.

Frankel recalled his fear of being fired over the harrowing mishap:

“I really regret saying this because I’ve been asked if I severely injured him. But I did feel at the time, ‘God of all the people that I could have possibly axed in the face, Matt was the worst one.’ I was ready for them to go, ‘Matt Smith, is it? You’re out the show.’”

However, Frankel’s fears were misplaced as it was understood that he did not intentionally harm Smith, who took it in stride and said, “He chinned me, but it was alright. I lived to fight another day.”

The actors attended San Diego Comic-Con and were promoting the new series in a panel discussion after premiering a new three-minute extended trailer to the audience.

House of the Dragon is set two hundred years before the events of Games of Thrones, during the reign of King Viserys I Targaryen. With an army of over fifteen dragons at his command, Viserys I is the most powerful Targaryen ruler in history. Like Game of Thrones, House of the Dragon is about a continent-wide struggle for power. When the king names his daughter Rhaenyra as his successor, his brother Prince Daemon argues that he is the rightful heir to the Iron Throne.