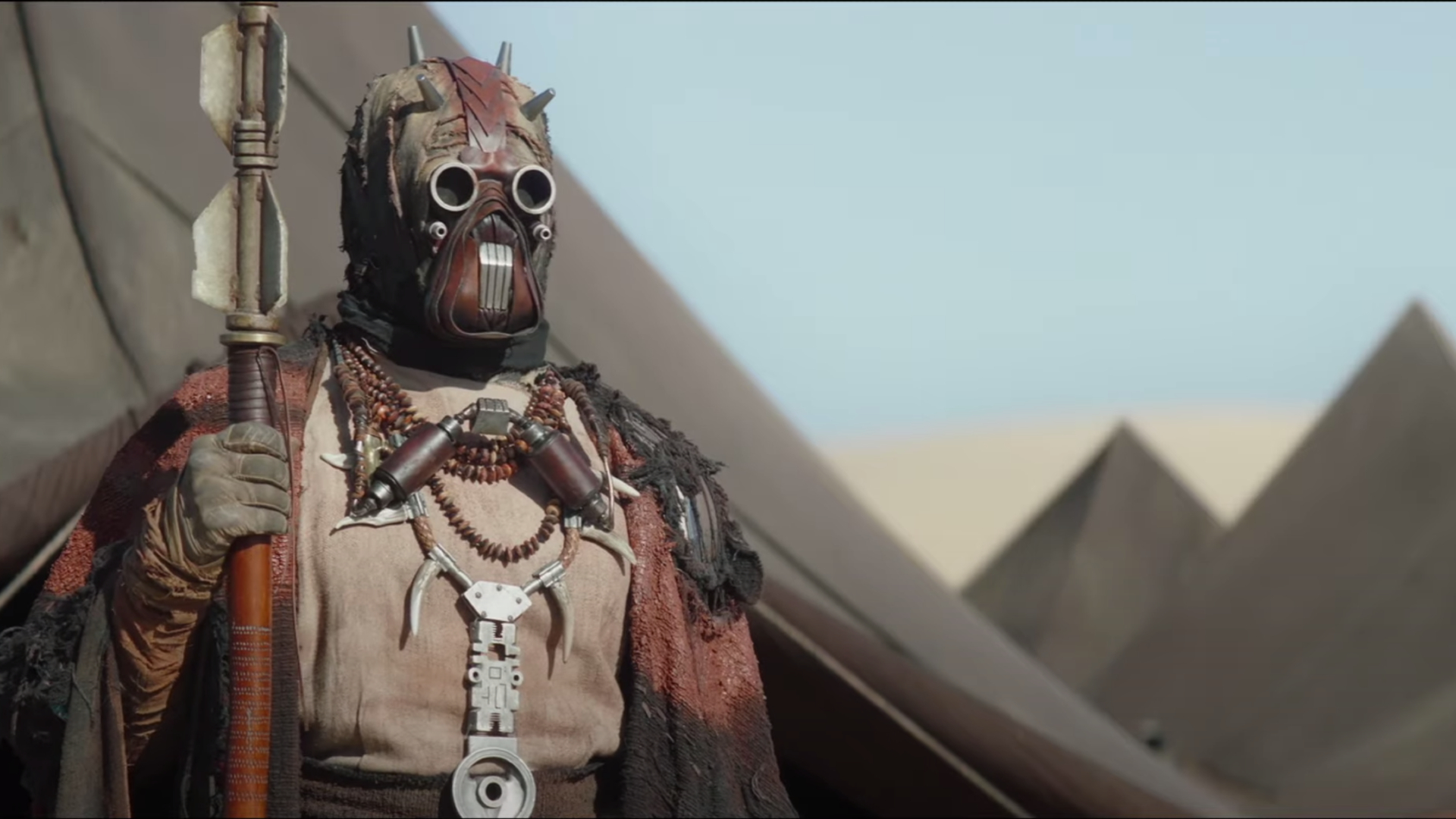 Photo via The Book of Boba Fett/Disney Plus

Fans of Disney Plus’ new The Book of Boba Fett have a complicated timeline to follow, thanks to the many flashbacks sprinkled through the series’ first four episodes.

Those flashbacks have helped to fill in the many gaps in Fett’s backstory, providing answers to a number of fans’ questions — but not all.

One major question that the show’s approach prompted for viewers involves its timeline. We know that Fett spent a good amount of time with the Tuskens following his emergence from the Sarlacc Pit, but the exact amount of time is pretty hazy. A few different options are being tossed around by viewers, but only one can be correct.

How long was Boba Fett with the Tuskens?

There is a five-year gap between Return of the Jedi and Fett’s reemergence in The Mandolorian. How time passed within those five years is the topic of passionate online discussion, as fans of the franchise try to hammer out several key details.

For one thing, how long was Fett trapped in the Sarlacc Pit? It could have been quite a bit longer than initially assumed, as noted by Inverse, given the Sarlacc’s extremely slow digestion process. The publication points out C-3PO’s assertion that the Sarlacc Pit can take up to 1,000 years to complete digestion, which means that a short stint — which could last literally decades — would likely leave someone mostly undigested.

Other bodily demands wouldn’t somehow disappear while in the pit, however, making a long stay pretty unlikely. It seems most likely that Fett emerged from the pit within a month of falling in, shortly thereafter losing his armor to the Jawas.

The timeline established in The Mandolorian backs this assumption up, as it confirms that Cobb Vanth  — the man who ended up with Fett’s armor — obtained it from the Jawas not long after the Battle of Endor. This puts a time limit on how long Fett could have spent in the pit and supports the theory that he was back on his feet within a month or so.

The question then returns to Fett’s stint with the Tuskens. He is seen enjoying a stretch of time with the Tatooine natives, but — as it is presented in the series — it is hard to determine how long. Many fans felt the show presented his time with the Tuskens as having occurred over only a few months, which would have left Fett wandering the barren desert for several years all on his own.

A more likely scenario is that Fett spent the majority of the five-year time gap between Return of the Jedi and his reappearance in The Mandolorian with the Tuskens. His solo stint in the desert likely populated the weeks or months following his departure from the Tuskens, after which he ran into Fennec Shand.

This timeline simply makes the most sense. While the scenes featuring Fett’s time with the Tuskens may seem fleeting, it is most likely a filming decision rather than an intentional storytelling decision. The creators behind The Book of Boba Fett likely assumed that people were more interested in seeing where Fett is now than lingering on his past and so chose to gloss over large portions of his time with the Tuskens.

Until Disney and Lucasfilm decide to delve deeper into his history, however, fans will have to be satisfied with the lore established in The Book of Boba Fett. The first season still has three episodes to go, which could also mean that more details are yet to come. Fans will just have to wait to find out.