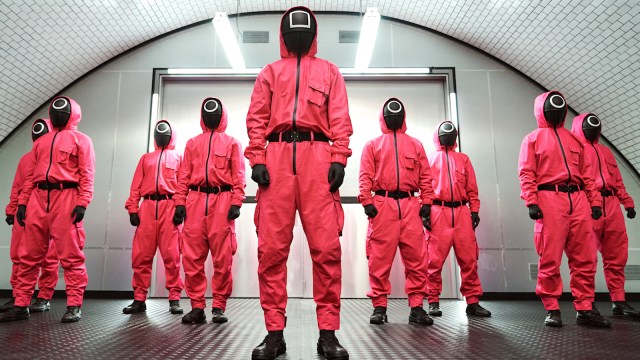 Netflix is home to some of the most popular shows on television, including cultural phenomenons like Bridgerton and Stranger Things, but no show made quite the same splash as Squid Game when it premiered in 2021.

Hailing from the creative mind of Hwang Dong-hyuk, Squid Game follows the lives of desperate people in dire financial straits willing to participate in a series of dangerous and deadly kids’ games with the hopes of winning a life-changing cash prize. The show’s premise and scathing critique of capitalism made it an instant hit within just days of its release.

Since its premiere, though, Squid Game has had to contend with the releases of both Bridgerton season two and Stranger Things 4, both of which out performed their previous seasons. Prior to their releases, Squid Game held the record as the most-watched show in Netflix history. Can the same still be said today?

Is Squid Game the most watched show ever on Netflix?

The answer is a resounding yes. Not only has Squid Game held on to its title as the most-watched show in Netflix history, but even as its competitors clawed their way up the ranks, Squid Game remained at the top.

Recently, Stranger Things officially became the first English-language TV show on Netflix to reach over a billion hours watch-time, leading some to think the Duffer Brothers’ hit show beat out Squid Game. However, the South Korean drama is still the most-watched show in Netflix’s history, and its seven Emmys nominations is proof the popularity was worth the hype. Now, all eyes are on the creators to keep the momentum going with a second season. One can only imagine the records it will break then.