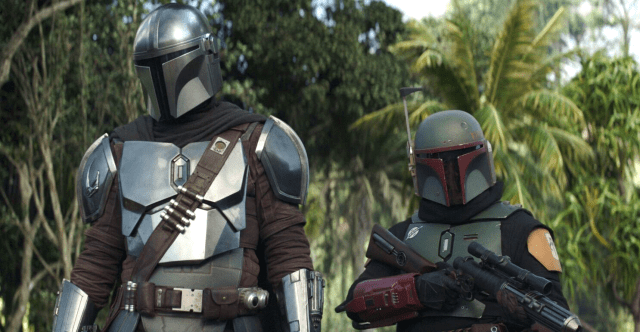 We’ve reached a point in time when the prospect of Star Wars fans having a debate is enough for almost everyone to duck and run in fear of the inevitable collateral, and the act of drumming up a wrangle regarding which characters are superior to others is akin to pouring gasoline on the fires of civil war.

And now, here in the modern day, when Star Wars content serves as an unholy suitor to the ruthless hurricane that is social media and the internet, these debates have more steam than ever before, and modern debates require modern subjects, or so we would think.

Indeed, with newcomers and legacy figures alike taking up leading roles in Disney Plus’ front-running Star Wars content, determining the best Disney Plus Star Wars protagonist is a battle for the ages; one that r/StarWars is all too happy to wage.

Long-time Star Wars icons Obi-Wan Kenobi and Boba Fett are joined by relative newcomers Din Djarin and Cassian Andor in the race for such an honor, each of them rife with stans and detractors.

One user became confused about what constitutes “best,” awarding an individual honor to each candidate in a particularly wholesome move.

Another responder made Cassian and Din lock horns, giving Cassian an advantage due to the potential his eponymous series continues to climb towards with every passing episode. This was seconded by another user, joining the majority of responders who champion the new guys.

As for old-timers Obi-Wan and Boba, that camp is a bit more divided.

If by some act of the Force an objective answer can ever be reached, we’d still be remiss to forget that all four of these protagonists have played a substantial role in creating and shaping a beloved franchise that will no doubt remain so for many generations, disagreements and all.