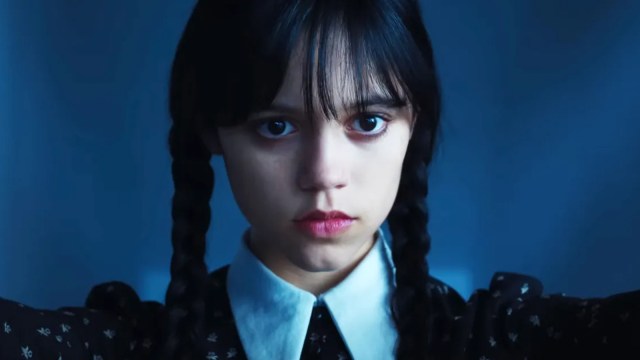 Since it was announced that Jenna Ortega would embody the iconic role of Wednesday in the newest Netflix adaptation of the Addams Family, netizens have been thoroughly engulfed in the actress’ life. The 20-year-old has been consistently stealing headlines since the show’s release, even more so after sharing the bizarre childhood habits that just so happen to make her the perfect Wednesday Addams. Her portrayal of the oldest child of the Addams Family, who has a morbid aura around her, only solidified the ever-growing rampant interest in the young actress.

As internet interest goes, fans just can’t get enough of the Wednesday cast as a whole, casually switching their obsession back and forth between Wednesday and her own mom. Morticia Addams, portrayed by Catherine Zeta-Jones. In fact, they’ve been causing a ruckus online, with fans heavily praising the actress playing Mami Addams, with some commenting that Wednesday‘s entire plot revolves around “suffering for having a perfect mom.”

Previously portrayed by Anjelica Huston, the iconic role of Morticia Addams quickly became a TV favorite due to her loving and genuine relationship with her husband, Gomez Addams, as well as her entire intimidating-yet-sweet demeanor. With big shoes to be filled, Morticia is now played by the Welsh actress Zeta-Jones, and to no one’s surprise, she is the perfect Morticia.

Regardless, we don’t pit family members against each other – we all love the Addams family members an equal amount after all. So if you want to get caught up with Ortega and Zeta-Jones, Wednesday can now be found and streamed on Netflix.