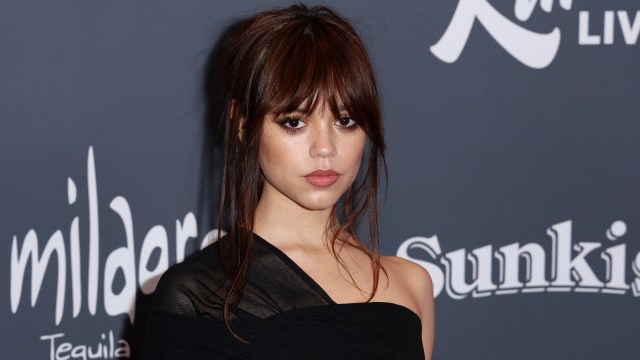 Wednesday is currently taking Netflix users by storm, as Tim Burton’s reimagining of the Addams Family is turning out to be the perfect alternate Thanksgiving week viewing. Specifically, something everyone is loving about the eight-part supernatural mystery show is its leading star, Jenna Ortega who has effortlessly taken on the iconic role of the morose teen.

Many folks watching may be thinking they know the 20-year-old actress from some other project. Well, if that’s you then you probably have as Ortega is undoubtedly one of the hottest rising stars in Hollywood right now. With a particular taste for horror-adjacent projects, Ortega is earning herself an ever-growing legion of fans thanks to her impressive range and acting skill.

So if you’re loving her performance in Wednesday and are wondering what else she’s been in, look no further as we’ve rounded up Jenna Ortega’s most notable movies and TV shows to date.

Ortega started as she meant to go on with this early role in Insidious: Chapter 2. The actress, who was only 11 at the time, appears briefly in the James Wan spooky sequel in the role of Annie, a young girl who can see the spirit of Elise Rainier (Linn Shaye) passing into her house.

Ortega’s first major TV role came in The CW’s quirky romantic comedy-drama Jane the Virgin. The star played the younger version of Gina Rodriguez’s titular heroine, Jane Villanueva, in the show, which made heavy use of flashbacks to Jane’s pre-teen/teenage years.

The actress’ inaugural leading role in her own series, though, came thanks to Disney Channel’s Stuck in the Middle. The family comedy show starred Ortega as Harley Diaz, an engineering prodigy who invents various gadgets to help her cope with her oversized family.

After saying goodbye to the House of Mouse, Ortega moved into more mature projects which really allowed her to start proving her range. A case in point is her key role in the second season of Netflix’s You as Ellie Alves, which started her long-running partnership with Netflix.

Ortega didn’t appear in the first installment of this teen horror comedy franchise, but she did join the ensemble for its sequel, The Babysitter: Killer Queen. She was introduced as Phoebe Atwell, a new love interest for the main character Cole, as he tries to survive a rematch with his undead babysitters.

In addition to all of her live-action work, Ortega’s also building up a strong line in voiceover performances. Alongside roles in Elena of Avalor and Over the Garden Wall, Ortega has lent her tones to Jurassic World: Camp Cretaceous, the animated spinoff of the legendary dino-sized movie franchise.

Ortega made a rare return to lighter fare with this Netflix family comedy movie. Jennifer Garner and Edgar Ramirez star as harried parents who decide to let their kids do whatever they want for the day, leading to many hijinks ensuing. Ortega portrays the Torres family’s oldest daughter, Katie.

On the opposite end of the spectrum, Ortega’s next project was The Fallout, a hard-hitting drama film in which she plays Vada Cavell, a high school student who must deal with significant emotional trauma after surviving a school shooting. Maddie Ziegler co-stars in the acclaimed production.

2022 has really launched Ortega onto a whole new level of fame and that all started with January’s Scream reboot. Stepping into the big shoes of Drew Barrymore, Jade Pinkett-Smith, and others, Ortega appeared in the saga’s latest suspenseful opening sequence. She’ll also return for next year’s Scream 6.

Ortega followed up Scream with not one or two, but three other horror movies that were released this year. Fans of hers should also check out American Carnage and Studio 666, but the most notable of the trio is definitely X, the instantly iconic slasher led by Mia Goth, which has also spawned a prequel in the form of Pearl.