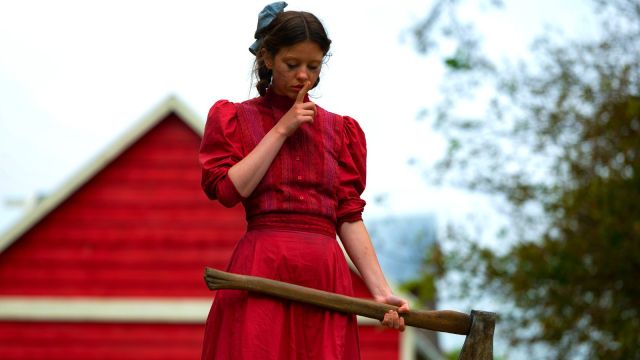 Mia Goth’s excellent year in horror has resulted finally in recognition beyond just genre enthusiasts, with her picking up her first awards season nomination.

Star of Ti West’s 2022 horror duology X and Pearl, Goth has cemented herself as a modern scream queen thanks to brilliant performances as both killer and final girl. West’s duology saw Goth flex her acting muscle, and fittingly it is seeing her first gongs for the year. Nominated for Best Lead Performance at the 2023 Spirit Awards, her Gothites are thoroughly enjoying seeing her succeed.

Goth’s previous films of note included the bizarre horror film A Cure for Wellness, and a role in controversial filmmaker Lars von Trier’s Nymphomaniac. Fully immersing herself into horror seems to have pay dividends already, with her also working as co-writer on Pearl.

The big question now is whether or not her incredible 8-minute monologue in Pearl will help push her over the line into Oscar nomination territory. The year has seen some exceptional performances, with her likely competition being Michelle Yeoh from Everything Everywhere All at Once and Academy favorite Cate Blanchett for Tar.

Even if Goth doesn’t cop an Academy Award nomination, she’s set herself firmly up as this generation’s “it girl” for horror, with several more flicks on their way in the genre. 2023 will see her star in Brandon Cronenberg’s Infinity Pool, which if his previous film Possessor is anything to go by, will be fittingly strange and thought-provoking.

The trilogy ender MaXXXine is also in pre-production, with her again serving as co-writer and executive producer.