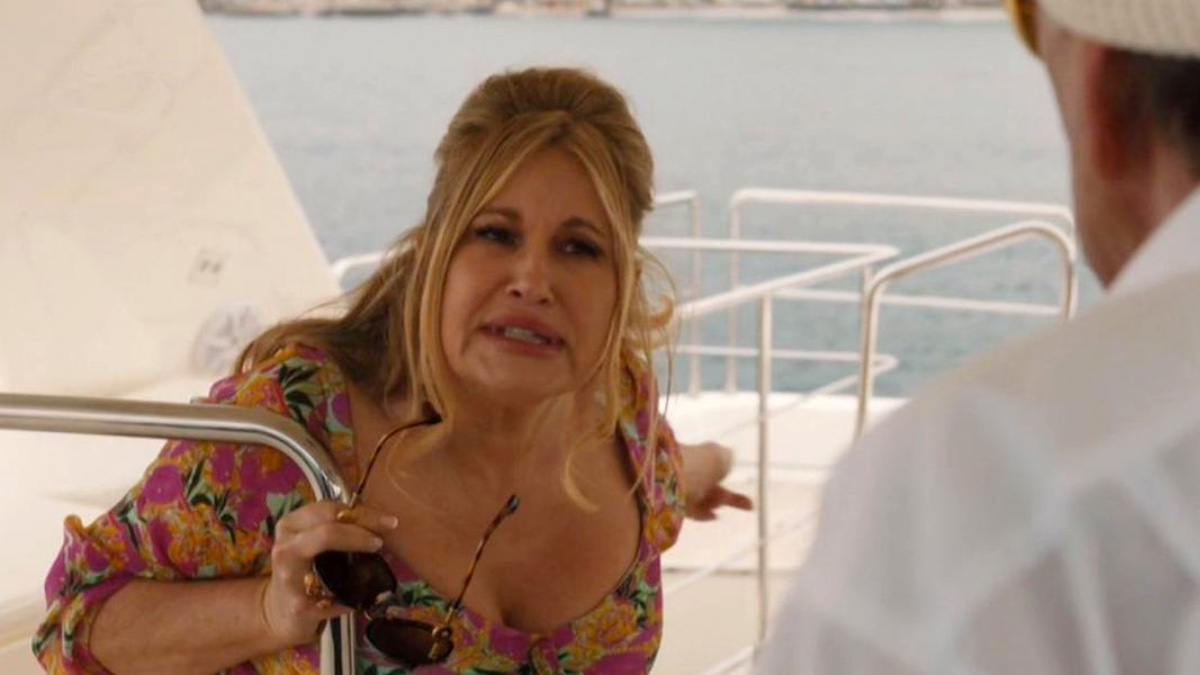 Golden Globes host Jerrod Carmichael kicked off the 80th ceremony on Tuesday night with a somewhat scathing opening monologue lambasting the Hollywood Foreign Press Association for its past lack of diversity, and essentially having hired himself and producer Jesse Collins as tokens meant to appease critics.

After returning to the stage a short time later, however, the comedian introduced The White Lotus star Jennifer Coolidge, who was presenting the award for Best Performance by an Actor in a Supporting Role in a Musical-Comedy or Drama Television Series. In doing so, he delivered a joke riffing off of the 61-year-old’s meme-worthy moment in the second season of the popular HBO anthology series.

“As a gay man, I want to apologize to her on behalf of all of the gays for what we did to her on that boat,” Carmichael, who recently came out as gay, quipped, just before Coolidge walked out on stage.

Carmichael, of course, was referring to the pivotal scene in The White Lotus finale when Coolidge’s character Tanya McQuoid realizes that her new friends in Sicily are perhaps not who they’ve made themselves out to be.

And unlike the Emmys, where she was rudely played off while accepting her award last year, Coolidge was given a chance to ramble onstage about Crocs and mispronouncing celebrity names before eventually giving the award to Tyler James Williams for Abbott Elementary.

But because Coolidge never misses an opportunity to steal the scene, she also had this perfect red carpet opposite Loni Love prior to the ceremony.

Long live Jennifer Coolidge — may she remain murder-free from even the most nefarious of gays.