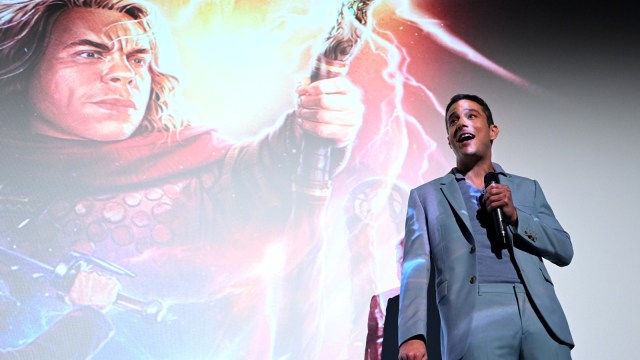 What does The Mandalorian have in common with the upcoming Disney Plus Willow show? Apparently, the new show wouldn’t exist without it.

Willow, a movie from 1988 starring Warwick Davis and Val Kilmer, is coming back in a big way with a series order for a TV show on Disney Plus. The road wasn’t easy though, according to showrunner Jon Kasdan, who spoke at a press event recently and touched on the topic.

“The two people who have really wanted this all along are George [Lucas] and Ron [Howard]. To hear Ron tell it, George had always sort of imagined the TV space living as a place where Willow could continue. And I think for a good two decades, Ron sort of rolled his eyes at that notion because it just wasn’t a space where you told these kinds of stories.”

Kasdan, who co-wrote the Star Wars prequel Solo and is the son of both Star Wars and Indiana Jones writer Lawrence Jasdan, was also a writer on Freaks and Geeks, so he’s well-versed in nerd culture. When he was on the Solo set, he ran into none other than Lucas himself.

“At that time, I said to him, you know, ‘I’d love to do something with Willow And he said, ‘Yeah, I’ve always wanted that,’ and ‘That’s something we’ve got to do.’” The conversation was just talk though because Lucas had recently sold Lucasfilm to Disney.

Then came the news about a brand new series in the Star Wars universe called The Mandalorian. Kasdan said that’s the moment it became clear on how to pitch Disney on a Willow revival.

“It wasn’t until the moment that [Disney Plus] was announced, and Mandalorian was in process at that very moment that Ron and I were in London working on Solo. And he sort of came in that morning very excited and said, ‘This is how we could potentially convince Disney to let us do more Willow.’ And he was absolutely right.”

Then things really started moving. There will be eight parts to the show and most importantly Davis is coming back to play the iconic character. Davis told Kasdan he wanted to approach the new show carefully because it was his signature role.

“One thing he had was a real seriousness of purpose,” Kasdan said. “He knew that if he was going to bring this character back, he wanted the fans to love it and feel like they were getting what they were expecting.”

Willow lands on Disney Plus on Nov. 30.