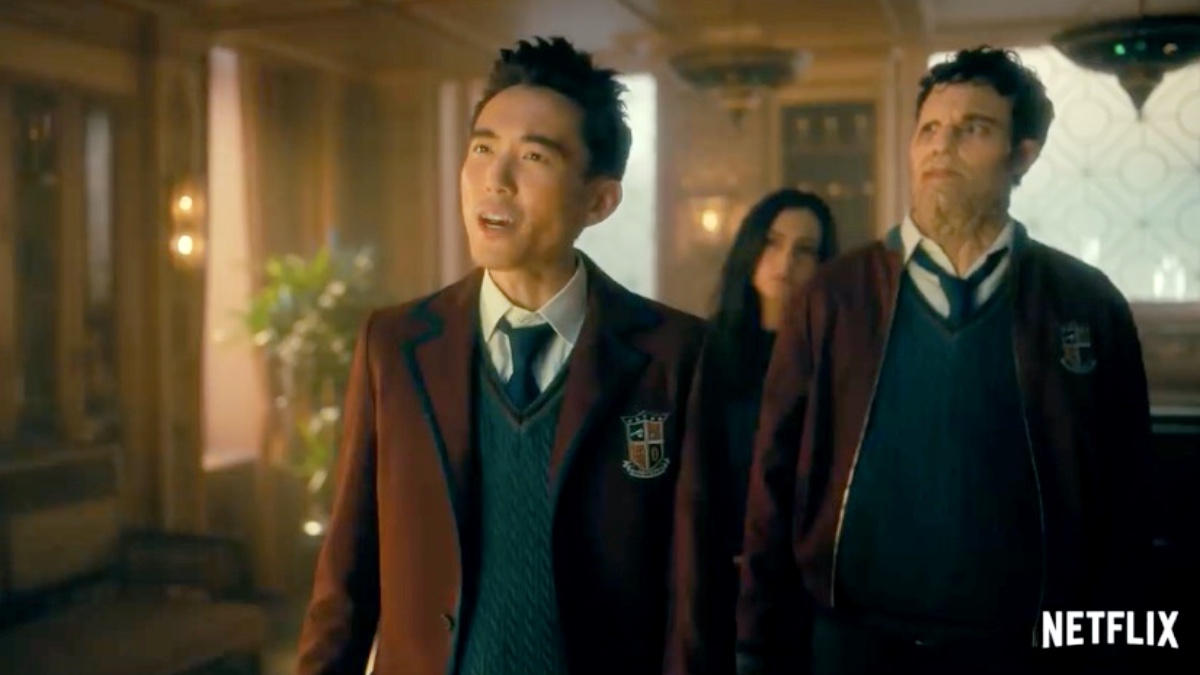 Ahead of the upcoming third season of The Umbrella Academy, a handful of cast members joined a panel for Netflix’s Geeked Week to tease fans what to expect when the titular group of adopted superheroes run afoul of their alternate universe counterparts.

As viewers will recall, the ragtag band of misfits inadvertently changed history during their jaunt back to the 1960s in the second season. And when they arrived back to their own timeline, were shocked to learn that an entire new group of siblings had taken up residence in their home, calling themselves The Sparrow Academy. But of course, the biggest season 2 shocker was that Ben Hargreeves, aka Number Six who died in the original timeline, is very much alive and well. And spoiler alert — he’s a bit of a dick.

This likewise gives actor Justin H. Min more screen time compared to the first two seasons, in which he appeared mostly in the capacity as a ghost that only Klaus / Number Four (Robert Sheehan) could see and hear.

So when asked by moderator Felicia Day what fans can expect when it comes to this “new” Ben and whether this is a different Ben than we’ve seen before, Min quickly answered that “absolutely” it is.

“I think a lot of what [show runner] Steve Blackman talked about was sort of around this whole idea of nature versus nurture, and how much sort of the essence of what we wanted to keep and how much would change because of this different environment he grew up in,” explained Min. “And I think Ben as his essence is a very impressionable person, so the nurture part of it plays a much, much larger role in his life than potentially other characters.

“So to grow up in an environment that felt more militant and you know, trained to be a crime fighter … really toughened him up in a way that he wasn’t in the previous timeline,” Min continued. “He sort of has a large chip on his shoulder, so that was a thing we wanted to bring into play as well.”

We’ll find out exactly how this Ben is different than the old Ben when season 3 of The Umbrella Academy premieres on Netflix on June 22, 2022.

In the meantime, you can watch Min’s response, below: