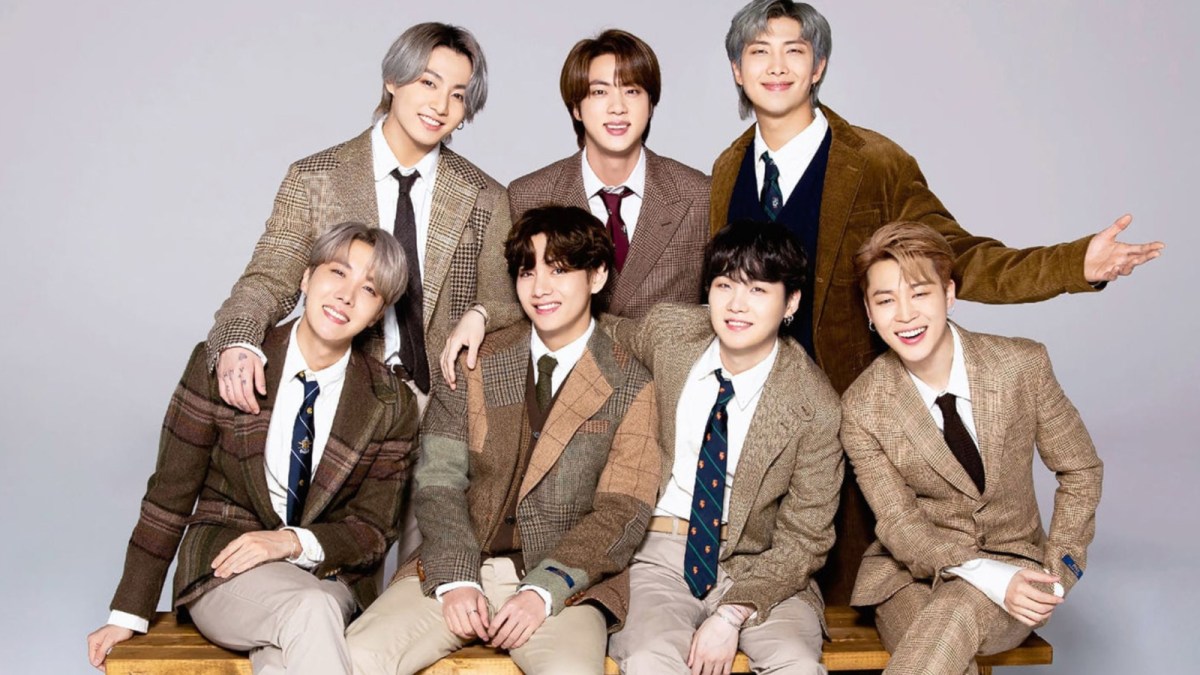 In April 2021, Netflix’s historical-romance drama Bridgerton was renewed for a third and fourth season — and BTS fans know exactly which band member should be featured among the star-studded cast. Set in Regency-era London, Bridgerton follows the prestigious family of the same name navigating the social impact of aristocracy and gentry. Meanwhile, BTS member RM just released his first solo studio album titled Indigo — but he’s not the 20-something K-pop star we’re focused on right now.

In preparation for his own upcoming solo studio album, BTS vocalist Kim Taehyung — professionally known as ‘V’ — starred in a recent teaser for his fashion photo-folio “Me, Myself and V.” In full Victorian-esque attire, Taehyung stole the hearts of the BTS Army all over again, but rather than simply fawning over him, the boy band’s devoted fans are imagining V in an episode or two of Bridgerton. He certainly looks the part. Donning an ocean-blue tuxedo with a white neckerchief, Taehyung looks debonair and dashing as he awaits his casting call to join the illustrious Bridgerton crew. There’s even an official (not really) Netflix poster featuring V as the latest cast announcement — we wish!

The BTS Army and K-pop fans alike had plenty to say about V, who has been described as a “gorgeous prince of the ’90s.” It’s no secret that Korean boys are ethereal, but Taehyung takes beauty to a whole other level. His photoshoot not only happens outside of what could easily be mistaken for the Bridgerton set, but his get-up and aesthetic just screams historical period-drama. It isn’t too late to add a Korean to the cast, Netflix. It’s time to read the room.

Any BTS member would make an elegant, graceful, and jaw-dropping addition to the Bridgerton cast, but while V is dressed in his Sunday best, it’s unlikely that Netflix will be able to snap him up with his busy schedule. Right now, BTS as a collaborative group are on hiatus, since RM, Suga, J-Hope, Jimin, V, and Jungkook are all enlisting in the military. Meanwhile, Kim Seok-jin (affectionally known as just Jin) official debuted as a solo artist in October 2022 with the release of the single “The Astronaut.”

Maybe in the future, but not quite yet.