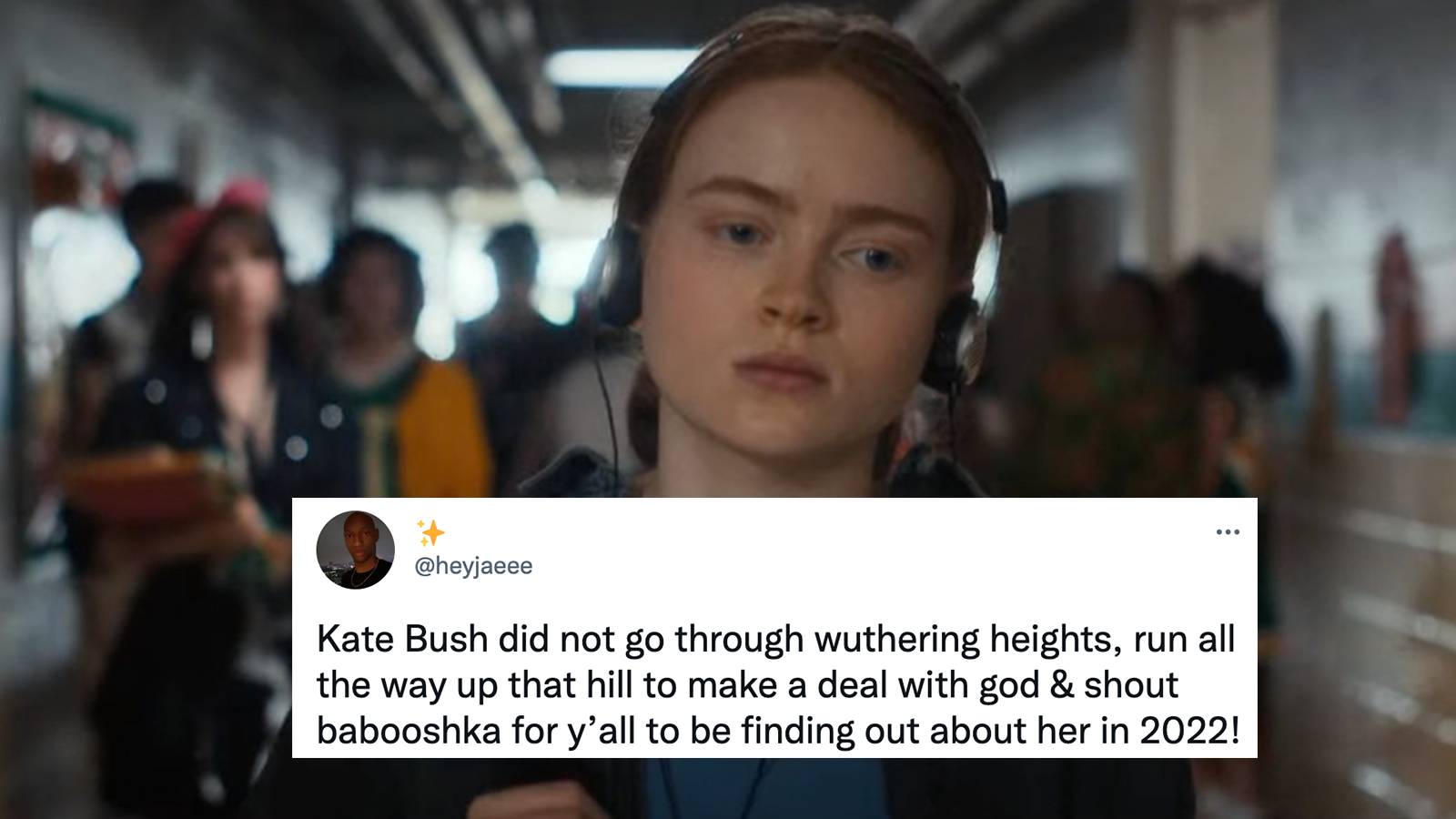 ICYMI: Bush’s “Running Up That Hill (Deal with God)” was a major plot device for Max’s (Sadie Sink) character arc in the first seven episodes of the show’s fourth season.

Given Stranger Things‘ popularity, the show introduced Bush’s iconic ’80s banger to a younger audience, catapulting it to the top of the iTunes charts and all over TikTok. But some diehard Bush fans appeared to want to gatekeep the prolific witchy queen from newcomers to her music.

“Kate Bush did not go through Wuthering Heights, run all the way up that hill to make a deal with God and shout ‘Babooshka’ for y’all to be finding out about her in 2022,” said one fan.

“Scoffing at the Zoomers for only just now discovering Kate Bush’s ‘Running Up That Hill’ as if we didn’t discover it via a Placebo cover on season four of The OC when Marissa died,” added another.

“You may now listen to Kate Bush because of Stranger Things but I listen to her in a far deeper and more intellectual way,”

Others were gagged and gooped to see people had never heard of the “Wuthering Heights” singer.

“So people are finding out who Kate Bush is through… Stranger Things,” tweeted one user.

Then there were some wholesome tweets of older Kate Bush stans preparing to pass the witch broom to the next generation.

“A generation of impressionable youths are about to be turned onto the world of female art pop auteurs thanks to Kate Bush being on the Stranger Things soundtrack and I am prepared to be their spiritual elder,” said one user on Twitter.

“PSA to older Kate Bush fans. Kate Bush has probably gained new fans as a result of Stranger Things. Don’t bully them for being new,” added another.

Gatekeeping is an infuriating side effect of modern fandom, but every Kate Bush fan out there should be happy that her music is on course to ride a new wave of popularity, thanks to Netflix’s own 1980s phenomenon.