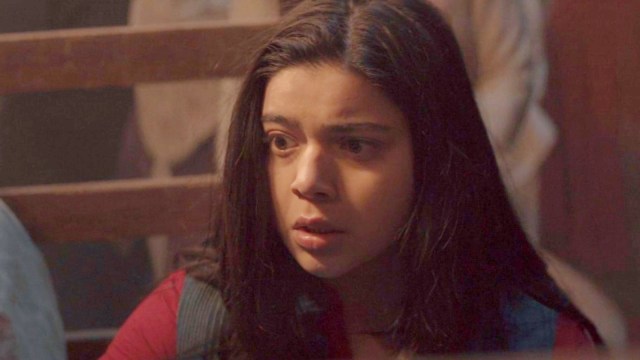 Ms. Marvel star Iman Vellani revealed that she and Kevin Feige debate the nuances of the Marvel Cinematic Universe in a way that you would expect to see in a schoolyard amongst children, rather than the way adult professionals interact with each other at a hoity-toity movie studio.

During a Reddit Ask Me Anything Thursday, a fan inquired of Vellani whether Feige has budged at all about the Earth-616 designation of the MCU. We Got This Covered previously reported that during the Ms. Marvel red carpet, Vellani said she disagreed with Feige about calling the MCU Earth-616, since that is the world where the comic books take place, and a few aspects of that canon are slightly different.

Flash forward to the present day, and Vellani was asked to once again address the issue, with a fan asking whether Feige has since conceded to her assertion that the movie universe takes place on Earth-199999. Her answer was priceless, and involved Feige resorting to hand gestures rather than dignifying Vellani’s query with a verbal response.

“No lol after I said that on the ms marvel carpet, I saw Kevin the next day and he just stared at me from a far and gestured 6-1-6 with his fingers and walked away…I think about that every night before bed.”

You can watch the season finale of Ms. Marvel on Disney Plus now and decide for yourself if the show actually does take place on Earth-616 or Earth-199999. However, Mr. Feige will not be taking your calls.