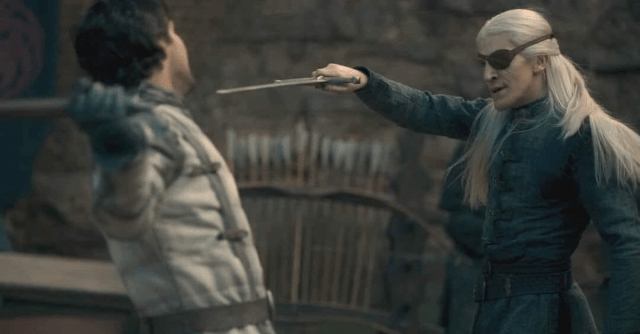 The fantasy world is awash with content at the moment, leaving fans of the genre with plenty to enjoy even following the conclusion of both Rings of Power and House of the Dragon. Every major streamer has their fingers in the genre, with several wonderful alternatives to this year’s fantasy heavy-hitters.

Not all fantasy is equal, of course, and one of the genre’s most divisive series of films is sure to split opinions once again as it makes its way onto Netflix. There are plenty of people who’d love to debate Twilight’s redeeming qualities — or lack thereof — but the majority of the fantasy fandom is still mulling over the conclusion to House of the Dragon. The first season didn’t quite match up to Game of Thrones, but it was inarguably one of the best fantasy releases of the year. Things are set to get even more exciting in season two, which will see war break out in Westeros.

Twilight fans are in for a treat, as the divisive series of films return to Netflix for the foreseeable future. It’s been nearly a decade and a half since the first film was released, and in that time the five-part series has developed a cult fandom, even outside of those who actually enjoy the films. Many of the very same teens who drooled over “Edward vs Jacob” are now parents themselves, and can lean on Netflix to introduce a brand new generation to Twilight’s sparkly blood-suckers.

Season two of House of the Dragon is prepped for war

The next season of House of the Dragon on HBO promises to be even more action-packed than the first, as the show prepares to go to war. The events of the final episodes of season one set the story up for a massive, and likely bloody, conflict, and the team behind the series promises that season two will be packed to the brim with payoff.

Viewers who’ve been filling their weeks with House of the Dragon and Rings of Power are officially dry when it comes to currently-airing fantasy productions, but there’s plenty of content to fall back on. Fantasy fans looking to fill the hole left by HBO and Amazon Prime’s hit series can instead turn to shows like Netflix’s The Witcher or The Sandman, or prep for the release of the live-action version with the original Avatar: The Last Airbender.