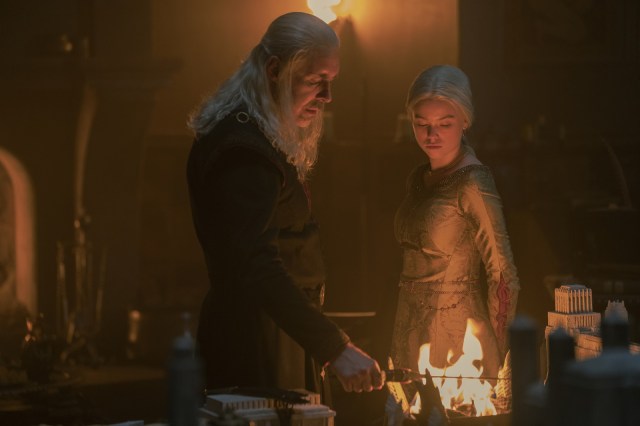 Ever since the final season of Game of Thrones ruined the hopes of millions of fans around the world, they’ve been tentative in their approach toward House of the Dragon. Even after the prequel’s successful debut, many have been waiting to see a sign of a stumble, but with last night’s fourth episode, all of those worries have been put to rest. House is here to stay, and perhaps even slay.

There’s a lot to unpack from the latest explosive outing, so let’s get to it without wasting any more time.

House of the Dragon chronicles the history of the Targaryens as depicted in George R.R. Martin’s Fire & Blood. That means the story includes a lot of time jumps, and one of them in the ongoing first season will see two of the actresses, Milly Alcock and Emily Carey, replaced by older counterparts in the form of Emma D’Arcy and Olivia Cooke. While there’s no telling when that happens, it seems that we’re drawing near the first narrative halftime. So, could next week’s fifth episode be the last time we see these versions of Rhaenyra and Alicent? It sure seems to be the case, going by this new preview clip, but take this with a pinch of salt for the time being.

Speaking of time jumps, how much time passed between episodes 3 and 4?

The last time we saw Daemon, his blonde hair was flowing all the way to his shoulders, covered in blood. In episode 4, Daemon has gotten a haircut, brandishing a crown that makes him the king of the Stepstones. As for Rhaenyra, the princess is in Storm’s End one second, in King’s Landing in another. So, how much time passes between all these developments? The show never explicitly answers that question, but we might have figured out something that will help you keep the chronology streamlined, at least so far as these last two episodes are concerned.

You can’t associate sex and Westeros without subconsciously thinking about an aggressive romp in the sack where the man is either taking advantage of a woman or at the very least, not reciprocating the act. That assumption all changed with House of the Dragon this week. Rhaenyra Targaryen’s intimate scene with Ser Criston Cole is basically like something out of a fairy tale. Well, perhaps not exactly that, but compared to the standards previously established by the Seven Kingdoms, this little intimate scene has left everyone in awe. And may it continue, regardless of what you may think about realistic sex in Medieval times.

Viserys and Daemon hardly get the room to themselves, but in the two or three scenes that they have, their chemistry has been off the charts. Viserys cares for his brother, though knows him to be as irresponsible as he is unpredictable. Daemon has high ambitions, but his love for his family always gets in the way of them. The relationship that these two have in this time of upheaval and crisis is definitely one of the highlights of this new show, and Matt Smith, the British actor who portrays Daemon, recently broke it down in all of its nuanced complexity. Where the two brothers end up is anyone’s guess at this point, but let’s hope that a reconciliation is in order after the events of this last episode.

And that’s everything of note for now. Tune in tomorrow as we go through another roundup of everything interesting that goes on in Westeros.