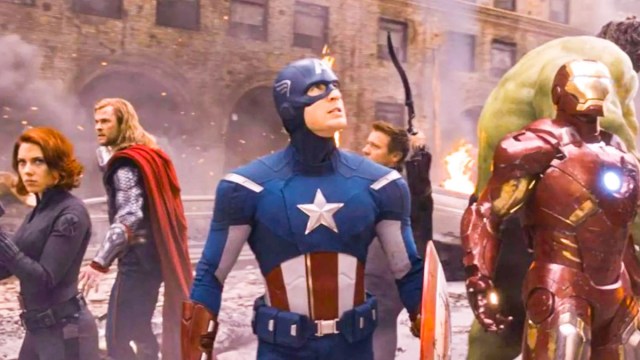 The Marvel world has been a somewhat quieter place than it was yesterday — what with Harrison Ford being officially confirmed as our new Red Hulk — this Tuesday, but there have still been some unexpected developments. For starters, the MCU’s longest-serving actor just reprised their iconic role earlier than we expected, and in an unexpected way. Elsewhere, fans foresee beyond Avengers: Secret Wars while defending an underrated Defender and Tatiana Maslany receives a multiversal marriage proposal…

We weren’t expecting to see Samuel L. Jackson back in the eyepatch until next spring’s Secret Invasion, but the Avengers star surprised us all today by appearing in the trailer for new Marvel phone game Marvel Snap, which takes the form of a light-hearted skit in which Nick Fury is let go as the director of S.H.I.E.L.D. Jackson’s commitment to his fan-favorite role — plus his apparent willingness to say yes to whatever paying job comes his way — continues to be commendable.

She-Hulk: Attorney at Law might’ve not been everyone’s cup of tea, but the show has definitely got itself one famous fan. Namely, Mission: Impossible star Simon Pegg, who gushed over his love for the series — which he believes is Marvel’s best project since Avengers: Endgame — in a video shared on social media. Pegg also made clear just how highly he thinks of actress Tatiana Maslany by joking that he’d “like to marry her, in another universe.” Well, let’s hope Pegg and Maslany’s variants are very happy together.

Phase Four might be all but over, but the Multiverse Saga has only just begun. And yet apparently that’s still not enough to occupy fans’ thoughts as they’re already thinking ahead past 2025 to wonder what’s to come beyond Avengers: Secret Wars. In a Reddit thread populated by professional predicters, the most common prophecized projections include the obvious X-Men reboot and the rise of Galactus as the next big bad once Kang has been conquered. Does that mean we’re in for the Galactic Saga come 2026?

Daredevil isn’t the only Defender folks want back in the MCU (and, no, it’s not Jessica Jones)

We all know Marvel fans exist in a constant state of wanting more Daredevil on their screens, but the rest of the Defenders — with the possible exception of Jessica Jones — are often unfairly overlooked. So it’s encouraging to see some love being spread around for the Hero of Harlem himself, Mr. Luke Cage. It turns out there are a lot of people out there who are just as desperate to see Mike Colter back in his mustard-colored tee as Power Man. With any luck, he’ll get his own Born Again-alike revival before long.