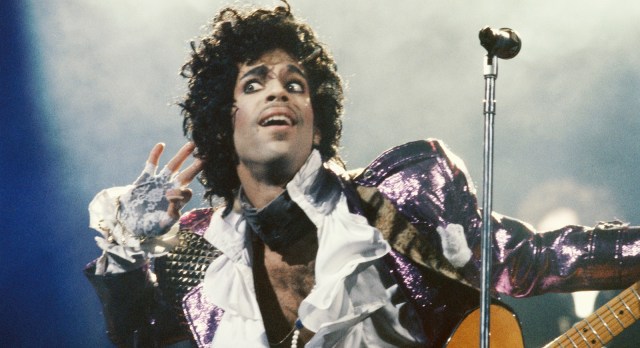 Lisa Ling appeared on Jimmy Kimmel Live! Monday evening to plug her new HBO Max show, Take Out with Lisa Ling, but the host couldn’t help himself from veering into the journalist’s love life, specifically a date she went on during her tenure as a co-host on The View.

After a flustered moment or two, Ling admitted that the Purple One did watch the show regularly during her three-year stint as a co-host in the ’90s and did, as Kimmel implied, take an interest in her off the show as well. Going so far as to have his people call The View‘s people.

Ling got on the phone and found herself being asked out by the rock superstar. “He asked me if I wanted to go to the TLC concert with him. So I’m, like, ‘Yeah! Yes, I would love to.’ So he said, ‘I’m going to send a car to pick you up, come to my hotel, ask for Karl Marx, and they’ll let you come up to my room. He registered as Karl Marx,” said Ling.

Prince, taking the name of the Das Kapital author as an alias was interesting enough, but Ling indicated things got a bit weirder when the performer took a liking to her footwear. “I go up. He opens the door, and he is a pretty diminutive guy, and he looked at my shoes, and he said, ‘I really like your shoes.’ It felt like he wanted to try them on, but I thought that would be weird!”

The pair attended the concert and ended up back at his hotel room, but Ling was quick to point out that was as far as things went. “I wasn’t really concerned that he was going to try anything because it was when he was going through his Jehovah Witness stage. I felt pretty confident it’d be okay. So, we ended up talking until five in the morning about philosophy and having these very, very serious discussions. And that was it. I left Karl Marx’s room and went back, and he asked me to come over the next day again. And so, I went over there, and we talked until five o’clock in the morning. Had a great, incredibly stimulating discussion,” the former talk show host confessed.

The conversation quickly turned from Purple Rain into red flags. “It was really strange. I mean, I still to this day think that he is the greatest artist who ever lived. But it was a little bit of a weird interaction that we had over the course of a couple of days,” said the Take Out host.

Ling apparently didn’t dwell on it. She and her husband, oncologist Paul Song have been married since 2007 and have two young children, Jett and Ray.