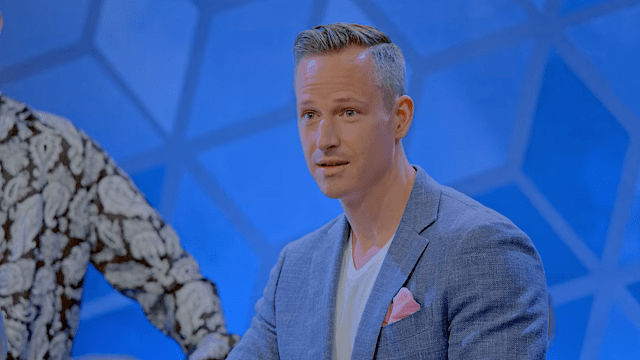 Netflix’s popular reality show Love Is Blind has just been blindsided with a lawsuit from their season two contestant, Jeremy Hartwell.

Hartwell appeared in the first half of the second season, known as the “pods phase,” before being eliminated and moving on to the “engagements phase.” He received noticeably less screen time than his fellow contestants, a fact he’s been open about on his Instagram account. However, leading up to the show’s premiere, he promoted the competition by saying, “Filming for Love is Blind was one of the most intense and memorable events of my life and thanks to journaling and reflection, it remains an experience that I’m at peace with, regardless of the ups and downs.”

As it turns out, his time spent on the show was memorable for all the wrong reasons. The former contestant is suing Netflix and the Love Is Blind production company over “inhumane working conditions,” per Us Weekly.

Why is Jeremy Hartwell suing Netflix and the Love Is Blind production company?

According to Hartwell’s lawyer, Chantal Payton, the producers of Love Is Blind “intentionally underpaid the cast members, deprived them of food, water and sleep, plied them with booze and cut off their access to personal contacts and most of the outside world. This made cast members hungry for social connections and altered their emotions and decision-making.”

The lawsuit serves as “a proposed class action on behalf of all participants in ‘Love Is Blind’ and other non-scripted productions.”

The “inhumane working conditions” Hartwell and his legal team put forth include the below minimum-wage salary the contestants received ($1,000 weekly payments for over 20 hours of work, seven days a week, with a max of $8,000); the regular service of “alcoholic beverages, soft drinks, energy drinks, and mixers” all day, but only providing “hydrating drinks such as water” during the day. In addition, the lawsuit will look into whether the production company deprived the cast members of food, water, and sleep, as Hartwell claims.

A quick stroll through Hartwell’s Instagram reveals a steady stream of promotional posts for Love Is Blind and accompanying captions that give little indication of a lawsuit looming in the distance. One can only wonder if the intention was there all along.