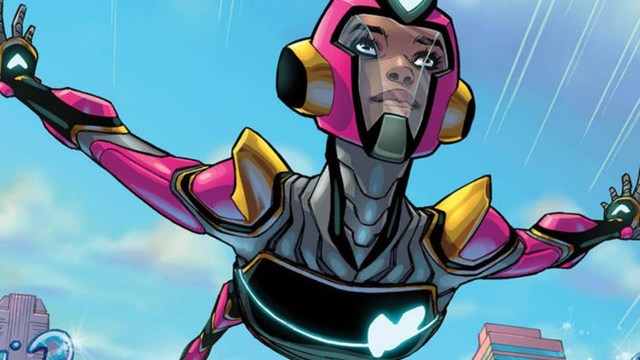 Marvel’s Ironheart series is shaping up nicely, with another actor joining its cast in Australian actor Zoe Terakes, who will make history in the Marvel Cinematic Universe.

Terakas has been cast in an undisclosed role for the upcoming Disney Plus series, with them joining Dominique Thorne and what will likely be a supporting role as a friend in the show. Deadline reported the actor had joined the cast before Terakas confirmed it themself on Twitter.

Alongside RuPaul’s Drag Race star Shea Coulee in Ironheart, Terakes will become just the second non-binary actor in the long-running franchise. Terakas will also be the second trans-masc actor after Spider-Man: Far From Home’s Zach Barack who played a classmate of Peter Parker in the European adventure.

Terakes found a breakout role in the Australian series Wentworth before joining Nine Perfect Strangers in a recurring role alongside Nicole Kidman and Melissa McCarthy. A vocal activist for trans rights and First Nations people, Terakas will be shot into a new level of stardom with Ironheart.

Ironheart is looking more and more like a series that accurately reflects the modern day, with a diverse cast that looks and feels like modern-day America. The series is currently shooting in Chicago, with the cast also including Solo: A Star Wars Story’s Alden Ehrenreich and Hamilton star Anthony Ramos.

The character of Ironheart will make their debut in Black Panther: Wakanda Forever, before their eponymous series hits streaming in 2023.