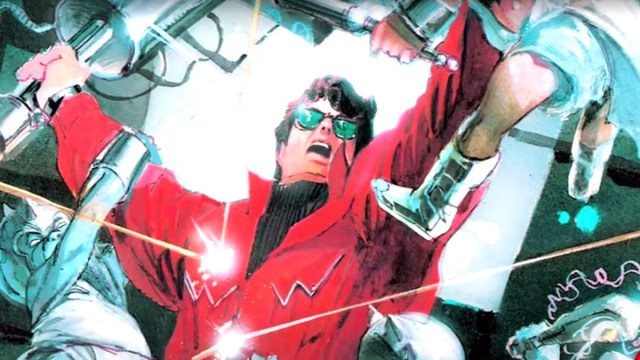 Since Marvel Cinematic Universe veteran James Gunn was announced as the new co-CEO of DC Studios, we’ve been led to believe the working relationship between the two parties could be more cordial than ever before. That certainly appears to be the case, after Yahya Abdul-Mateen II was announced as the lead of the upcoming Wonder Man series.

The news had been making the rounds for a couple of weeks, but it’s now official that the Aquaman veteran will indeed be playing Simon Williams in the show being executive produced by Shang-Chi and the Legend of the Ten Rings director Destin Daniel Cretton, with Community and Hawkeye veteran Andrew Guest acting as lead writer.

Ben Kingsley’s Trevor Slattery is also on board, but that’s about all we’ve got to go on so far. If Wonder Man plans to take its cues from the comics, though, then we can expect a self-aware Hollywood satire that blends superhero shenanigans with the glitz and glamor of Tinseltown.

Even though the series was first announced four months ago, Marvel Studios has been drip-feeding information on Wonder Man as opposed to unleashing it all at once, but at least we now know who’s going to be heading up the ensemble. As one of the fastest-rising talents in the business, it’s another franchise notch on Abdul-Mateen II’s belt, and he’s become the latest name to suit up on both sides of the divide.

There’s no rule that says you can’t work for both Marvel and DC, so now that the Candyman headliner has landed the part, the chances of Black Manta meeting his end during Aquaman and the Lost Kingdom just rose exponentially.