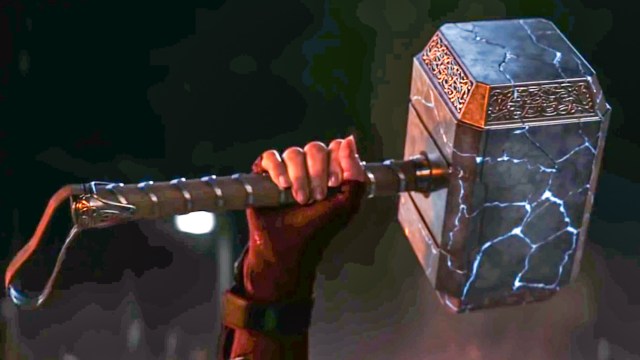 At this stage of the Marvel Cinematic Universe, we’ve met many a counterpart to some of the franchise’s most beloved heroes; Kate Bishop with Clint Barton, Cassie Lang’s upcoming parallel with her father in Ant-Man and the Wasp: Quantumania, and Steve Rogers’ handful of counterparts in Sam Wilson, John Walker, and, thanks to the time-travel shenanigans of Avengers: Endgame, himself.

But no counterpart hits quite as closely to the original as White Vision, the MCU-original character that was brought into the fray by S.W.O.R.D. during the events of WandaVision. Boasting the original Vision’s mechanical makeup without the emotions or the memories of the original, White Vision would have been a terrifying adversary had Wanda’s dreamed-up version of the android not restored his memories, causing him to peacefully retreat.

And with White Vision now lurking somewhere in the world of the MCU, we can count on the masses of r/marvelstudios to dream up a myriad of theories, right down to what is perhaps the most obscure of them all; would White Vision be able to lift Mjolnir as the original was able to in Avengers: Age of Ultron?

One user is all but confident that the answer would be yes, seeing as how most all of the nuances that could have played into the original’s capability of the feat, such as being a robot and being at such a chronologically young age that he couldn’t be plagued with any flaws, would still apply.

Others were less convinced, seeing as how the restored memories would be enough to make White Vision subject to flaws that Mjolnir might sniff out, or would simply make him feel unworthy himself.

It’s important to note as well, however, that the original Vision had the Mind Stone built into him, which would not only allow him to occupy an uncorrupted and subsequently worthy state of mind as he wished, but also serve as a reminder that an Infinity Stone is much stronger than Mjolnir, and therefore wouldn’t allow Vision to be subject to its decision on whether he was worthy or not. With the Mind Stone out of White Vision’s equation, it’s safe to say that he wouldn’t be able to lift it.

It’s hard to say when we’ll see White Vision pop up again; seeing as the character is unique to the MCU, there’s no comic material to draw any speculation from. Nevertheless, with many counterparts of the original Avengers seemingly destined to team up in the near future, perhaps White Vision, with his newly-reacquired memories, could serve as a mentor figure for the young heroes.