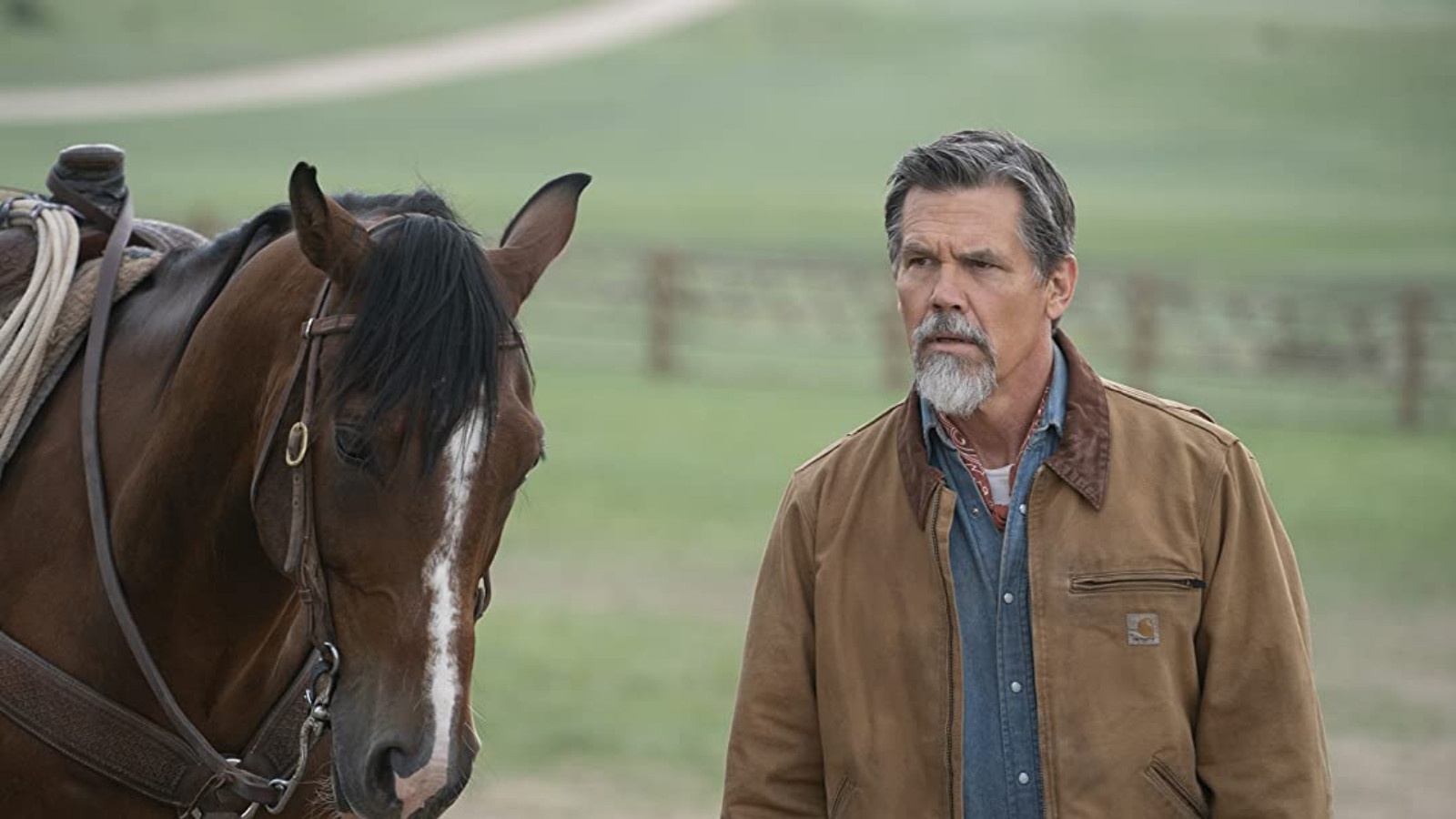 The new supernatural western series Outer Range is about to arrive on Amazon Prime Video, and the cast of notable characters looks like it will play a major part in putting the pieces of the show’s tantalizing mystery together. The trailer certainly gives a good impression of the eerie energy that’s rife within this story.

Outer Range takes place in Wyoming, where a void opens up on the edge of the Abbott family ranch and strange things start to happen. The Abbott family’s daughter-in-law, for example, goes missing, and they have to defend their land from being taken over while supernaturally-charged events play out all around them. It’s like Yellowstone meets The Twilight Zone in Amazon’s new drama, which boasts an intriguing cast of characters.

Here are the major players in Outer Range, all of whom are sure to keep us on the edges of our seats when the show finally lands on Prime Video this April.

Josh Brolin is the headlining star of Outer Range and plays Royal Abbott, a rancher and the head of his household who is willing to enter the void in the hopes of putting an end to it. From the aforementioned trailer, it sounds like the void is getting the better of him and the lack of information is causing him to unravel. In an interview with Jonatan Blomberg, the actor expressed his thoughts on Royal. “When you have a foundation and it’s precarious or based in fear or some kind of repression,” said Brolin, “it’s not a real foundation. It’s very fragile. So then something happens — you bring in something absurd or extraordinary that can be symbolized in any way, you can call the hole whatever you want, and suddenly you’re confronted with your own fragile foundation. It makes for an interesting drama.”

Imogen Poots plays Autumn, a traveler whose amenable ways convince the Abbotts to let her set up camp on their land, but she might also be harboring some secrets. She lives life with abandon and will likely have a different perspective on the void, but her checkered past could return to cause some issues for everyone involved.

Lili Taylor plays Cecilia Abbott, Royal’s wife and the matriarch of the Abbott family. She’s a woman of faith, but the void challenges her convictions in ways she never expected. In one image from the series, Cecilia is in the middle of a circle of women who are all placing their hands on her as she looks upward and very emotionally, as if asking for an answer from heaven. Cecilia’s spiritual journey should be interesting to watch unfold.

Tom Pelphrey plays Perry Abbott, the dutiful son of Royal and Cecilia who is suffering because his wife Rebecca has gone missing. It’s likely that there will be some questions as to whether the void is responsible for her disappearance or if it’s a standard missing person’s case. Call us crazy, but we think we might already know the answer.

Lewis Pullman plays Rhett Abbott, the younger and more rebellious son. His main dream has been to become a championship bull rider, but those dreams might be dashed in light of the void’s arrival. A shocking event happens and a young woman’s return to town could change the trajectory of his path. This young woman, Maria Olivares, is played by Isabel Arraiza. Rhett and Maria went to high school together ⏤ could a relationship develop between them now that she’s back from college? Only time will tell.

Olive Abercrombie plays Amy Abbott, the daughter of Perry and Rebecca Abbott with indelibly expressive eyes. She’s a strong-minded and independent ranch girl, but her anxieties grow after her mother goes missing. A criminal investigation into the family follows, threatening their very foundations.

Tamara Podemski plays Deputy Sherrif Joy, a career cop who’s running for county sheriff. She’s also the first gay Native American to ever run for this position in Wyoming, which will surely be an issue for some people in the community.

Will Patton as Wayne Tillerson

Will Patton plays Wayne Tillerson, the patriarch of the Tillerson family and more of an antagonistic character. He’s capitalistic, crafty, and superstitious, which makes for a dangerous combination. When he wants something, he does everything in his power to get it and it’s not wise to cross him.

Noah Reid plays Billy Tillerson, the youngest of the Tillerson brothers, and there’s something unsettling about him. He’s a singer and his songs are apparently so emotional that he’s unable to contain them. This should mark a stirringly dramatic turn for Reid, who you will most likely recognize as Patrick from the hit comedy Schitt’s Creek.

The first season of Outer Range consists of eight episodes, the first of which will drop on Amazon Prime Video April 15.