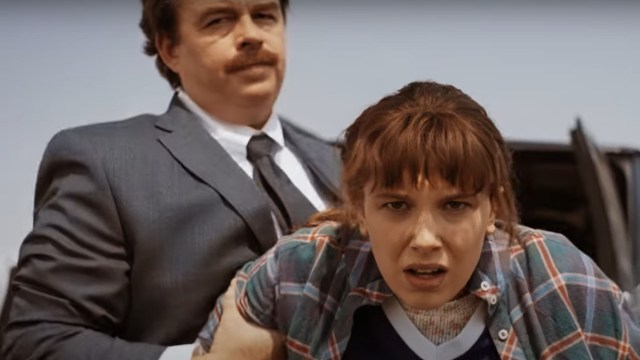 It’s been almost four months since Stranger Things 4: Volume 2 aired on Netflix, marking the end to the penultimate season. It wasn’t long before an announcement was made regarding Stranger Things 5, which would come to be known as the final season. When we last left our heroes, Hawkins was being invaded by Vecna, who somehow survived the assault from Steve, Nancy and Robin. While all the characters shared a heartwarming reunion, especially Eleven and Hopper, the Earth had begun to decay in the aftermath of Vecna’s completed ritual. Following four specific deaths, there were four portals to the Upside Down that opened, thus ripping Hawkins apart — literally.

We don’t know any details about Stranger Things 5, but after the whirlwind that was Stranger Things 4, we’re all expecting the worst, mostly with speculation that Eleven will die and some other major character won’t be far behind. Everything we know about Stranger Things 5 comes directly from the horse’s mouth — so to speak — as the cast feed us little pieces of information in interviews.

Speaking of interviews, Millie Bobby Brown, otherwise known as Eleven, spoke to Entertainment Tonight at the premiere of Enola Holmes 2 in New York City. When asked if she had come to terms with the Stranger Things 5 ending, Millie assured — rather solemnly — that she had made peace with the outcome.

Judging by the fact that writing only started a few months ago, it’s safe to assume that we won’t be streaming Stranger Things 5 until late 2023 at the earliest. It should be expected that the final season won’t drop until 2024, which leaves fans in purgatory with a potential two-year-long hiatus. Perhaps a rewatch or two is in order?