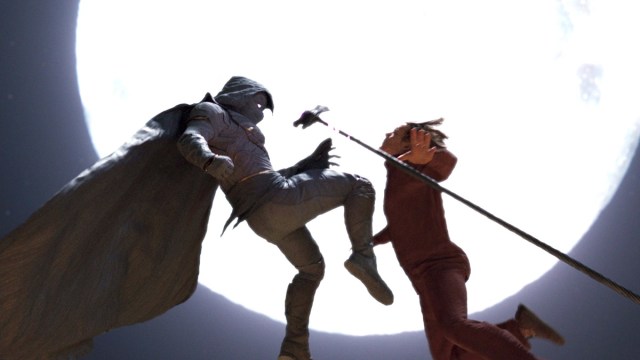 Adding yet another wrinkle to the ongoing debate on the merits of the Marvel Cinematic Universe’s current direction, Moon Knight star Ethan Hawke has weighed in with a very interesting take.

If you’ve been on the internet since Phase Four began, you’ll have noticed that longtime fans of the franchise have their concerns over where the latest stage of the overarching superhero saga is headed. In fact, following Doctor Strange in the Multiverse of Madness and Thor: Love and Thunder, many think that Kevin Feige should give less creative control to his filmmakers in order to tighten up what’s perceived by some to be a leaky ship.

Having gotten up close and personal with the MCU machine during his six-episode stint as Arthur Harrow in Moon Knight, Hawke offered his opinion to Indiewire during an extensive interview, and he’s of the opposite mindset.

“That group of people is extremely actor-friendly. They might not be director-friendly, and that could be what Scorsese and Coppola are talking about. But they love actors. I think Kevin Feige had a great thing happen with Robert Downey Jr. and he understood that Downey’s passion was a large part of the success.

When actors are excited by a part, audiences get excited about watching them. Feige understood the algorithm there, so they’re extremely respectful toward the process. The best thing about Moon Knight for me was Oscar’s performance. It’s a gonzo thing that happens to have a giant budget — a pretty out-there performance.”

With over 30 years in the business and four Academy Award nominations to his name, Hawke has pretty much seen and done it all, but it’s nonetheless interesting to hear an MCU veteran swim against the tide of sentiment.