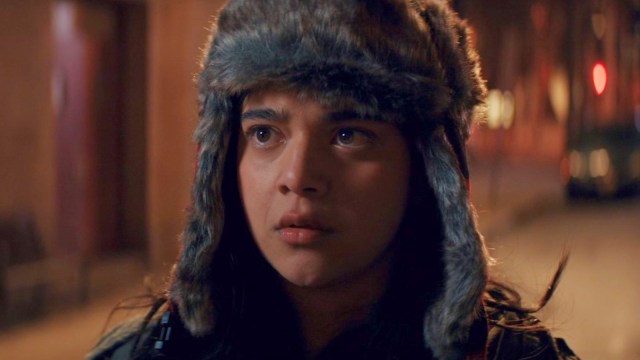 When the Ms. Marvel finale was mere minutes away from completing Kamala Khan’s journey on the small screen, all MCU fans expected was some sort of hint re-confirming that she is indeed set to appear in The Marvels. But the closing minutes of the episode had yet another twist up its sleeve — that Kamala’s genes are exhibiting a certain “mutation.” The entire MCU fandom gasped in shock at the revelation, but once we get over the initial surprise, the possibility of Kamala being a mutant just doesn’t make sense.

While the ’90s X-Men theme plays along with Bruno using the word “mutation” to describe how Kamala’s genes differ from her family members’, the show’s own setup doesn’t allow fans to celebrate the revelation with certainty.

Throughout its six almost hour-long episodes, Ms. Marvel has jumped from one explanation to another instead of zeroing in on how Kamala’s powers actually function. It all started with her great-grandmother’s magical bangle, which viewers thought perhaps was going to give her powers. But in the very next episode, we learn that her powers are coming from within herself, as the bangle potentially unlocked the “superhuman part” of her.

This made the bangle sound a lot like the Diviner — storing the condensed form of the Terrigen mist — and thus raised the possibility that perhaps Kamala is an Inhuman who needs to be exposed to the mist in order for her powers to get the necessary kickstart.

But another rather unexpected revelation was just around the corner, namely that Kamala’s great-grandmother, Aisha, was not human, but a Clandestine, who are also known as the Djinn. Somehow, she and many others like her got stuck in the Earthly plane, unable to get back to their home in the Noor Dimension. They found the bangle — which would have helped them go home — but Aisha fell in love with a human named Hasan, which complicated matters.

Kamala comes to understand that she is part Djinn and part human, but that information only raised more questions. Why could Aisha — who was a pure Djinn — use the bangle, while other Djinn couldn’t? Why can Kamala use it now despite being only part Djinn? Also, if she’s exhibiting powers that are typical for a Djinn and for some reason needs the bangle to channel them, why haven’t any of the other Djinn exhibited similar powers? Only Aisha projected solid light like Kamala, while Najma and others have only flaunted their superior fighting skills.

Was Aisha different? Is she a Djinn at all? These inconsistencies made it impossible to explain Kamala’s powers.

Then, out of the blue, Najma sacrifices herself to “unlock” Kamran’s powers, and since he is her biological child, it begs the question of whether he’s a Djinn or at least part Djinn. Now that he’s gained powers similar to Kamala’s, does that mean being part Djinn and part human is the secret sauce here — the mandatory requirement to access the Noor Dimension’s powers? Again, why did the bangle only work for Aisha?

Then there’s another confusing explanation for Kamala’s powers: the reason why the bangle gave her powers and won’t work for her other family members is the “mutation” in her genes. Does that make Kamran a mutant, too? Why doesn’t he need the bangle to channel his powers?

Don’t get us wrong — as ardent MCU followers, we’ve been waiting for the proper arrival of the X-Men ever since Disney acquired 20th Century Fox and we did lose our marbles the second it was suggested that Kamala might be a mutant. But the fact remains that the muddled explanation of how Kamala’s powers work only serves to contradict this latest, though undoubtedly exciting, revelation.

But before we jump into what these contradictions are, let’s revisit a crucial point from the Marvel comic books.

How do the X-Men get their powers?

Every mutant carries a particular genetic trait — the X-gene, which is dormant and is carried by the male gene  But in a mutant, this gene becomes dominant, thus giving them superhuman powers which normally get activated when the individual hits puberty. It is also possible for them to start experiencing the tell-tale signs of their powers when they are much younger. To put it simply — a mutant’s power is part of their biology.

While the Ms. Marvel finale hints that Kamala is a mutant, her mutation doesn’t actually give her powers. Bruno also admits that he was wrong before — that her powers are coming from within her — and says that her mutation is allowing her to access the powers provided by the bangle. Does that mean that Kamala doesn’t have powers at all and it is the bangle that is giving her special abilities? Ever heard of that being the case with a mutant? Nope.

So far, we haven’t seen Kamala using her powers without the aid of the bangle, but whether we turn to Fox’s interpretation of the X-Men or stick to the Marvel comic books, a mutant has never needed an external object to harness or awaken their powers. Throw in the Kamala-Carol Danvers swap as well as the possible Kree connection they share and we probably have the most complicated origin story in the history of MCU on our hands.

Unless the studio is planning to change how X-Men get their powers in the MCU by introducing the need for a foreign object to trigger their powers, The Marvels better be ready with a proper clarification — backed by solid facts — to explain the whats, whys, and hows currently puncturing holes in Kamala’s story.

In the meantime, all episodes of Ms. Marvel are currently streaming on Disney Plus.