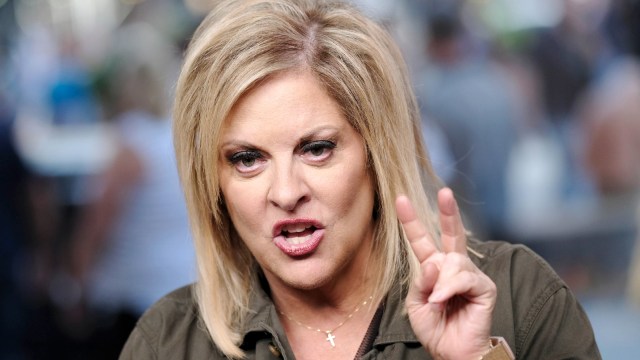 Don’t expect to see Nancy Grace pop up on Peacock’s new three-part docuseries, Casey Anthony: Where The Truth Lies, because the 63-year-old legal commentator says she was asked to appear and responded with an unequivocal “no.”

Grace was pivotal in bringing national attention to the case, which she fervently covered on her now-defunct HLN series, The Nancy Grace Show from 2008 to 2011, giving Anthony the moniker “Tot Mom,” as she was often referred to in the media. In fact, her show was even credited with having “almost single-handedly inflated the Anthony case from a routine local murder into a national obsession.”

However, after Peacock released the teaser earlier this week to widespread outrage, Grace admitted to TMZ that she was asked to appear and wanted no part of it.

“They’re gonna make money, that’s why they’re doing it, and it’s on us whether we watch it or not,” Grace seethed in a virtual interview. “And I would like to point out that I was contacted by this group when the director was still working on it to have a sit-down with ‘Tot Mom’ Casey Anthony under these conditions. And I said, ‘Absolutely not.'”

“Because when I learned I couldn’t ask the questions I wanted — I couldn’t control what was happening? No way!” the TV host exclaimed. “She’s gonna do exactly what we predict, she’s gonna have softball questions and lie her way through it with no one to test her, such as under cross-examination.”

Casey Anthony notably did not testify on the stand during the murder trial over the death of her daughter, Caylee Anthony.

“And this is a way for her to get fame, notoriety — as if she needed anymore — and probably money,” Grace continued, explaining that even if Peacock didn’t pay Anthony for interviews the platform could shell out in other ways, such as licensing fees for photos of Caylee.

Caylee Anthony died under mysterious circumstances in 2008, and it was widely believed that Casey was responsible in the toddler’s death — however the jury ultimately felt that the case was lacking enough evidence to convict.

However, after Grace frothed up the court of public opinion over the not guilty verdict, backlash quickly grew as she was accused of being the judge, jury, and executioner in a “media assassination” of a legally innocent woman.

Having said that, you can’t argue that Grace doesn’t have a point about the exploitative nature of the docuseries, which premieres on Peacock on Nov. 29.