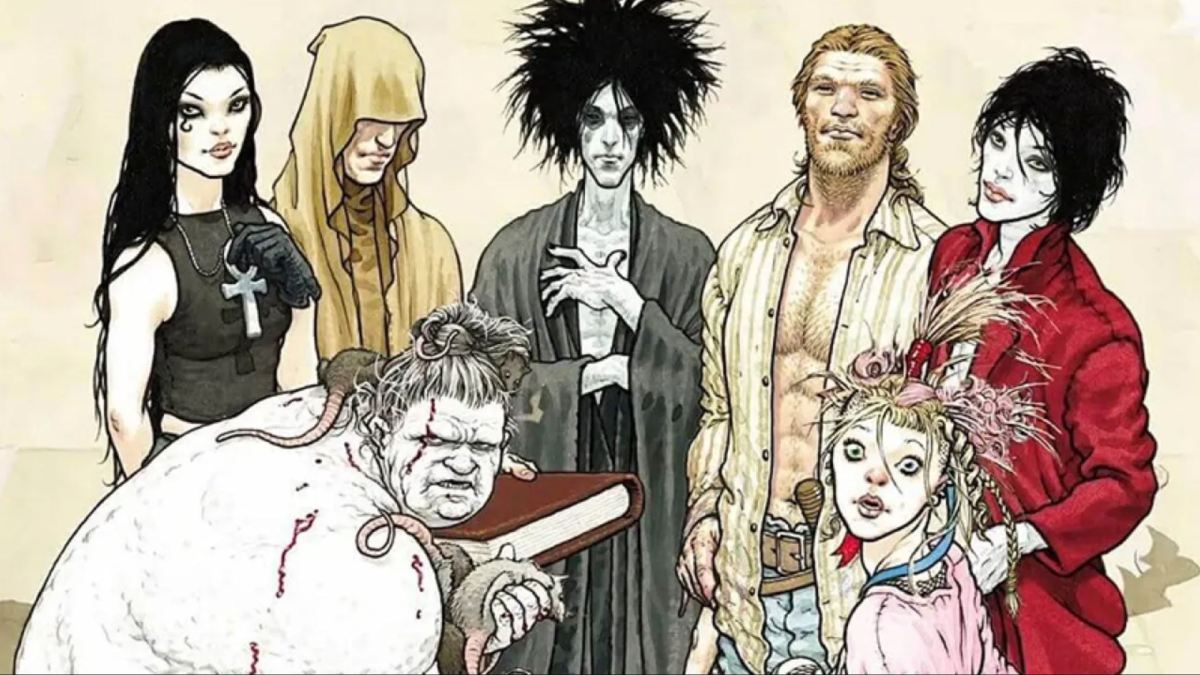 Neil Gaiman’s Netflix adaptation of his magnum opus comic series, The Sandman, is out, and it’s definitely striking a chord with viewers. The series is the most watched Netflix series nearly everywhere the streaming service is available, and a second season seems all but inevitable, though no official green light has been given. While fans cross their fingers, Gaiman himself has given a few hints of what a season two may look like if he gets the okay from Netflix.

“If we do a season two, you will see more [of the family]. Hopefully, by the end of season two, you will have encountered the whole family,” Gaiman told Digital Spy. Season one viewers have already met the majority of The Sandman’s (aka Dream of the Endless) siblings, who, like Dream himself, are anthropomorphic personifications of the aspects of experience. Dream meets his older sister, Death, in the epilogue to the series’ first arc. The audience later meets the pair’s younger siblings, twins Desire and Despair.

The remaining siblings are the eldest brother, Destiny, who rarely strays from his realm, and the mysterious seventh sibling, so far referred to only as “The Prodigal” in episode six of the series.

If season two follows the blueprint of season one, it should adapt the next two major volumes of the series, “Season of Mists,” which deals with Dream’s feud with Hell, and “A Game of You,” which focuses on the further experiences of Rose Walker’s housemate, Barbie. Gaiman himself has confirmed that “Season of Mists” will be the focus of at least a part of a season 2 if it gets made. “In season two, the Lucifer-Morpheus rematch is going to happen, and it is going to be a stranger, darker, and much more disruptive Morpheus than anybody could possibly imagine who hasn’t actually snuck out and read ‘Season of Mists,'” Gaiman told Entertainment Tonight.

While Destiny does definitely appear in “Season of Mists,” “The Prodigal” does not and is not prominently featured until the “Brief Lives” volume of the comics. Does this mean Gaiman forgot him? Or does he intend to feature the character in some other way in the potential next season?

Fans will have to continue to keep their fingers crossed (and keep watching the show) if they want to find out the answers.