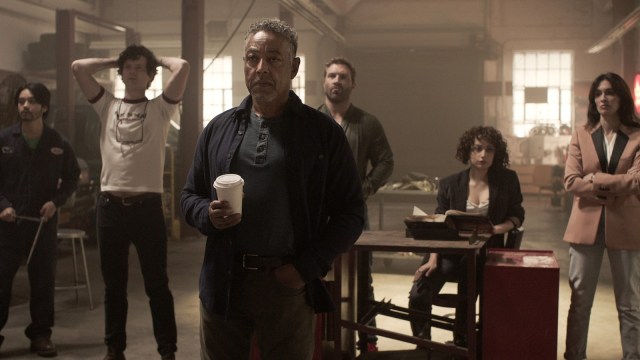 Kaleidoscope is a new Netflix original crime drama set to premiere on New Year’s Eve 2023. In addition to a cast led by Giancarlo Esposito, Paz Vega, and Tati Gabrielle, the anthology series relies on a unique storytelling device to piece the puzzle together: all eight episodes can be watched in any order.

A first look was revealed today by the streaming giant on social media, showing bits of the process of making Kaleidoscope (a project previously known as Jigsaw) — and how such an unusual format works when viewers need to put together all pieces of a mystery.

To make that experience happen, each episode of Kaleidoscope will have “multiple connections to every other episode,” according to showrunner Eric Garcia. All episodes are titled after colors, and Netflix is purposefully changing the order in which they appear to each viewer, though all viewers will get to watch the eight episodes eventually.

The watch order should affect your viewpoint on the story, as well as any theories you come up with, but not the overall enjoyment of the series. In the words of actor Rufus Salas, “that’s a great gimmick. Thank God it is also really well written.”

Kaleidoscope’s plot spans 25 years, with an idea loosely based on real events. “After Hurricane Sandy, $70 billion worth of bonds got flooded in the basement of the DTCC, which is a large clearing effort that’s owned by a bunch of the big banks,” Garcia explains. He then imagined what would happen if the flooding was actually used as a cover-up for a heist, and that’s how he came up with his own spin on the world’s biggest heist.

All eight episodes of Kaleidoscope premiere on Jan. 1, 2023.