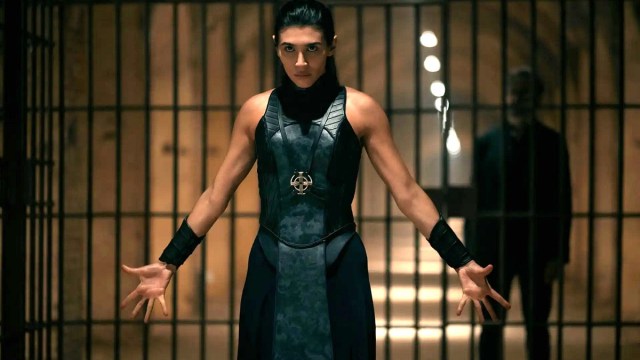 History has shown on more occasions than fans would care to remember that getting too attached to a Netflix fantasy series is a dangerous game, with viewing figures and online buzz meaningless when the streaming service is ready to trim the herd at any given moment. Thankfully, Warrior Nun survived to get a second season renewal, and it’s back with a vengeance.

The comic book adaptation was a sleeper hit in the summer of 2020, but clearly performed well enough among the platform’s subscribers to warrant a quick renewal, with the return of Alba Baptista’s Ava being officially confirmed little over a month after the first batch of episodes dropped.

That was an excruciating 27 months ago, though, and it would be fair to say the anticipation has been gradually reaching fever pitch ever since. As chance would have it, today finally marks the return of Warrior Nun to our screens, and it’s clear that binge-watching is going to be the order of the day for the show’s staunchest of supporters.

Given the lengthy wait for news on the return of The Sandman, the recent axing of Fate: The Winx Saga and The Imperfects, along with the nerves that accompany virtually any blockbuster-sized genre show on Netflix, you can expect concerns to almost immediately set in that Warrior Nun‘s future remains entirely up in the air.

Let’s hope it doesn’t come to that, because the action-packed adventure is slick, stylish, and evidently popular enough to sustain at least one more season, if not many more.