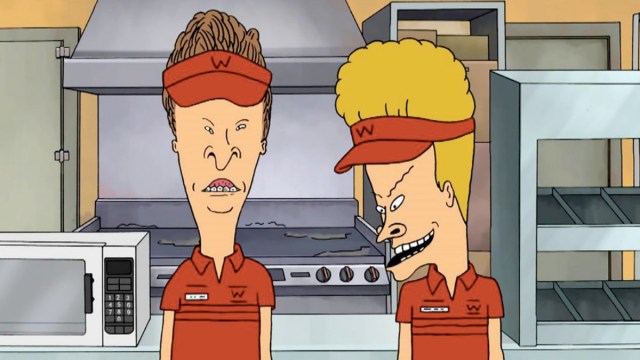 This year Beavis and Butt-Head came back from time away to do the universe, remind us all of a time when gas was cheap and homes could be purchased by people 30 and younger, and now, they are staying for longer with a new show on Paramount Plus.

News of Mike Judge’s Beavis and Butt-Head coming to the streaming service on August 4 is reported today in a Deadline Hollywood article. The characters are created and voiced by Judge, first appeared in 1992 and had their own show from 1993-97 before a revival came about in 2011 and ultimately did not last for long. A trailer for the project is available on YouTube. It features the foolish humor Judge’s work is known for and also appears to have moved on from censorship in the previous decades after a mother in Ohio claimed her son set their trailer on fire and killed his sister after seeing an episode where “fire is fun” was uttered. This was disputed, but MTV ultimately censored prior episodes where the word was used and only let it be implied afterwards.

“Fire,” Beavis says while watching a blaze in a dumpster.

It is not confirmed as of this story’s filing how many episodes the new series will have. Judge will be appearing at the San Diego Comic-Con Thursday to discuss the series and the Beavis and Butt-Head Do The Universe/America films and he also executive-produces the project. Others involved include Lew Morton, Michael Rotenberg, Chris and Shannon Prynoski, and Ben Kalina.