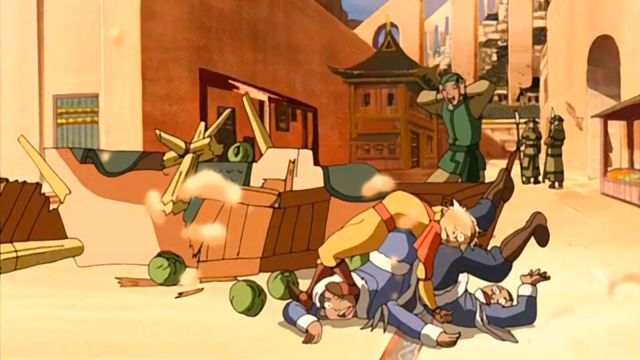 An iconic character will be returning to the Netflix live-action adaptation of Avatar: The Last Airbender. And they will be played by the same voice actor from the original cartoon series.

The cabbage merchant, known for his iconic line “MY CABBAGES” will also appear in the live-action adaptation and will be played by his original voice actor, James Sie. The news was announced on the Avatar News Twitter page, where they welcomed back one of the most iconic characters in the show.

Sie was cast in both Avatar: The Last Airbender and Legend of Korra, where played Oyaji — the leader of Kyoshi Island, and the Cabbage Merchant in the original series. And later played Lau Gan-Lan, the son of the cabbage merchant and owner of Cabbage Corp. Outside of the Avatar franchise, Sei voiced Jimmy Woo in the Marvel Heroes video game, played multiple characters in Kung-Fu Panda: Paws of Destiny, and Kwan in Danny Phantom.

Avatar: The Last Airbender was a three-season cartoon series on Nickelodeon that aired from 2005 to 2008. The show had a sequel series titled Avatar: The Legend of Korra, which was aired from 2012 to 2014 and took place 57 years after the events of the first series. Netflix announced a live-action adaptation of the popular cartoon series back in 2018, with Gordon Cormier (Lost in Space) playing the role of Aang, Paul Sun-Hyung Lee (Kim’s Convenience) cast as Uncle Iroh, and Daniel Dae Kim, returning to the Avatar Franchise, now cast as Firelord Ozai.

The show is currently in production and a release date has yet to be announced.