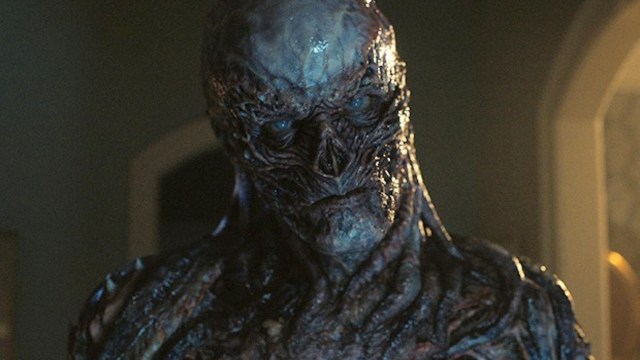 Netflix’s science-fiction sensation Stranger Things aired its fourth season from May 27 with volume one (including chapters 1-7), and ended its nine-episode run on July 1 with volume two (including Chapters 8 & 9), leaving several open-ended questions as to the fate of multiple characters and the future of Hawkins. Stranger Things 4 gifted us many new characters, one of which was its antagonist, Vecna/Henry/One (as Robin refers to him), an orderly working under Dr. Martin Brenner whose wrongdoings prompt Eleven to banish him to the Upside Down, where the natural adaptation process forces his body to undergo metamorphosis to survive and thrive in the inhabitable dimension.

Now that Stranger Things 4 is done and dusted, fans are speculating like crazy as to what might occur in its fifth and final season. On Reddit, one self-proclaimed Vecna expert breaks down an interesting theory regarding a potential foot soldier for Vecna whose existence is ninety-nine percent unlikely but could be justified by a vital clue.

In “Chapter Seven: The Massacre at Hawkins Lab,” audiences get a complete reconstruction of Vecna’s backstory. Vecna is first introduced as Henry Creel, a young boy with formidable psychokinetic powers whose power-hungry nature leads to the double homicide of his mother Virginia and sister Alice and the wrongful accusation and incarceration of his father Henry Creel. From there, he meets Papa and becomes the first-ever test subject at Hawkins National Laboratory — known to the faculty as One — and somewhere along the line, Dr. Martin Brenner deems him dangerous and uncontrollable. Papa plants a “Soteria” chip in One that suppresses his powers and tracks his every movement. When Eleven meets Henry/Vecna/One and removes Soteria, she unknowingly unleashes One’s destructive powers and plays right into his hands — leading to the literal massacre of every child and staff member in the whole laboratory. When One attempts to murder Eleven too, she stands her ground and banishes him to the Upside Down, where he becomes Vecna and subsequently creates the Mind Flayer.

So, now that we’re all caught up on who Vecna is, let’s briefly dive into his Dungeons & Dragons history — as well as his significance in the role-playing game.

Named as one of the greatest villains in Dungeons & Dragons, Vecna’s first appearance is dated back to 1976 with the supplementary rulebook Eldritch Wizardry, a 60-page introduction to several core features and concepts in D&D — including psionics and the druid character class. Interestingly, the supplement also establishes the demon lords and psionics-using monsters, using the Demogorgon and Mind Flayers (illithids) as examples, respectively.

Vecna originally appears in the Greyhawk (World of Greyhawk) campaign setting, described as a powerful wizard who becomes a lich (an undead spellcaster). Eventually, Vecna achieves godhood, but having been destroyed beforehand and reborn, he was missing both his left eye and left hand. For players to be able to utilize the Hand of Vecna or the Eye of Vecna, they must cut off one’s own corresponding body part and affix Vecna’s in its place. In D&D lore, Vecna has a right-hand man known as Kas the Bloody-Handed — a vampire with an artifactual sword called the Sword of Kas. Also in the lore, Vecna appears as a power-hungry deity on a never-ending quest for the universal extinction of all other life forms besides himself, which sounds appropriate for Stranger Things‘ Vecna, the “powerful magician” who seeks to subjugate and destroy all of Hawkins.

Just like Henry/Vecna/One, D&D Vecna was born as a human; he was trained by his mother in the art of magic, who was eventually executed for practising witchcraft. Seeking revenge, Vecna becomes a master of the dark arts and a thousand years later, lives as a lich and the ruler of a nightmarish empire. Again, some Stranger Things similarities present themselves here, especially with the Upside Down realm. Throughout his existence in the D&D campaign, Vecna slaughtered thousands of innocent people and manipulated hundreds more into cowering before him. After losing his left eye and left hand to a fleet of clerics channeling the power of Pholtus, the God of Light, Vecna was almost slain. When he recovered, he was betrayed by his most trusted lieutenant, Kas, and after a ferocious battle, only his left eye and left hand survived — which became the sought-after relics holding formidable power. Presumed dead, Vecna then rose as a demigod in the World of Greyhawk.

Over on Reddit, D&D expert u/Dangerflirt has analysed all the Dungeons & Dragons references that relate to Vecna in Stranger Things. After explaining — in great detail — the history behind Vecna, they proceed to pick out all the Duffer Brothers’ subtle nods to Vecna’s Dungeons & Dragons lore and analyze Vecna’s life from the roots of D&D to a live-action sci-fi drama. Following many intriguing character notes, the Reddit post names the lesser-known D&D demon Zuggtmoy.

“And one last one, and this one is not mine at all and a complete longshot, but /u/Scary_Medicine890 asked me about Zuggtmoy, the demon queen of Fungi (yes, that’s a thing). Argyle found a weird mushroom right before Will felt Vecna, and she has a thing about blighting life around her, which could be why the flora died. Her character was hinted at in gaming magazines throughout the early 80s, but made her formal debut in the very popular Temple of Elemental Evil adventure in 1985. Again, its 99% not her, but the mushroom scene could be a major clue.”

Some context for those unfamiliar with the Dungeons & Dragons lore: Zuggtmoy is the Demon Queen of Fungi and she has the ability to release infestation spores and mind-control spores. She was the “dread and fell ruler of the 222nd ghastly plane of the Abyss” whose nefarious purposes were served by elemental rukarazylls (a mass of fungus, tendrils and eyes that leak acid) and vathugu (sentient plant/fungi) demons as well as various fungal creatures.

In “Chapter Nine: The Piggyback,” during the last 10 minutes or so, Vecna has successfully destroyed the barrier separating Hawkins from the Upside Down and merged all four entry points to make two become one as far as worlds go. Right before the credits roll, the Stranger Things crew — now reunited after a whole season apart — look out across the valley to see ominous blood-red thunder and lightning looming over Hawkins. Eleven acknowledges that the greenery and flora have all withered away halfway down the hill and before that, Argyle had found a mushroom, which seemed insignificant at the time and was written off by Jonathan as Argyle being Argyle, but it might have been a more prominent clue than we ever imagined.

Perhaps Argyle’s discovery was the early warning that Zuggtmoy has invaded Hawkins alongside Vecna. While the chances seem extremely slim that she could appear, the Duffer Brothers are endlessly fond of their Dungeons & Dragons references, so anything is possible.

Stranger Things 4 is now streaming in full on Netflix.