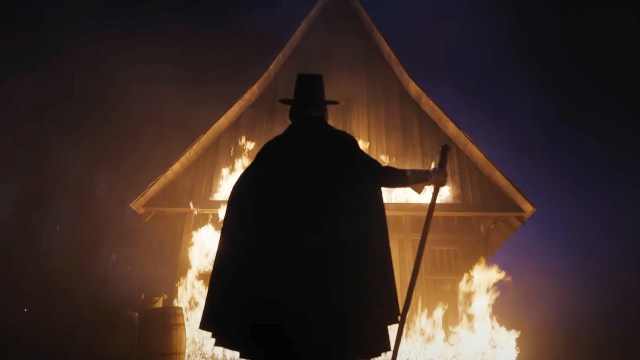 After months — scratch that, years! — of anticipation, Netflix’s latest horror phenomenon Wednesday is finally available to stream. Eagle-eyed subscribers are bingeing through the much-anticipated series, but the results are already in, and the show has reaffirmed the status of scream queen for its leading actress Jenna Ortega.

Social media has seen an outpouring of love for Ortega, praising her uncanny appearance as Wednesday Addams and her bone-chilling body language. After this, it’s safe to say that Ortega has continued to etch her name as one of the best scream queens of the modern generation. Watch your back, Mia Goth.

When it comes to the topic of the best “Wednesdays,” Ortega definitely needs to be included in that discussion and may even be troubling Christina Ricci for making the role her own:

That transformation? Simply awe-inspiring, if you ask us.

Cancel your plans for today, because Jenna is prepared to eat.

The debate is over: Jenna was absolutely MADE for this role.

Although Ortega has somehow made it all look so effortless, the 20-year-old horror star recently revealed that she definitely felt the nerves while preparing for the role. However, seeing her work come to life on Netflix has certainly underlined that she’s a force to be reckoned with in the world of horror. After all, there’s a good reason why Tim Burton selected her for this golden opportunity.

Wednesday is now available to stream on Netflix.