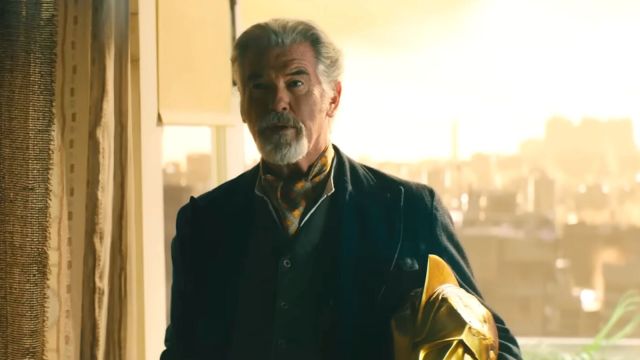 Black Adam star Pierce Brosnan admits that he wasn’t sure if he’d ever make it into a superhero movie.

On the DC TikTok red carpet premiere for Black Adam in New York City, Brosnan answered how it felt to be a part of the movie and to play Doctor Fate. The actor expressed deep appreciation for the legacy of the character and his uncertainty regarding if he’d ever get an opportunity like this.

“It’s a great honor truly to bring this character that is so beloved and such a powerful sorcerer in the pantheon of DC comic books. It was really the last thing I expected and yet everything I desired. In some respects, I often wondered when I looked at these movies, would I ever be in one? So here I am.”

Doctor Fate is the sorcerer supreme in the DC Universe and one of the most powerful characters. He’s blessed and cursed with the Helmet of Fate, which grants him magical abilities, and he has the power to see into the future. Brosnan has said before that this has been his favorite role he’s ever played, and he’s not taking the responsibility lightly.

In the story, the Justice Society of America is called in by Viola Davis’ Amanda Waller to stop Black Adam’s (Dwayne Johnson) reign of destruction in Kahndaq. Doctor Fate is a founding member, and he stands alongside Hawkman (Aldis Hodge), Atom Smasher (Noah Centineo), and Cyclone (Quintessa Swindell). They’re all hoping they’ll be enough to take him down, but Black Adam isn’t one to pull his punches.

Johnson has been making headlines for teasing a Superman appearance in Black Adam. DC fans have been wanting Henry Cavill back in the role, and the Man of Steel showing up in this project could lead to another solo film of his own. Johnson has said that the hierarchy of the DC Universe is about to change, and for that to be true, it has to involve Superman.

The lead star has also name-dropped the Justice League and has hinted that the movie is building towards something bigger. It’s very possible that this could be the start of a more unified DC Universe, and hopefully, Johnson can pull it off.