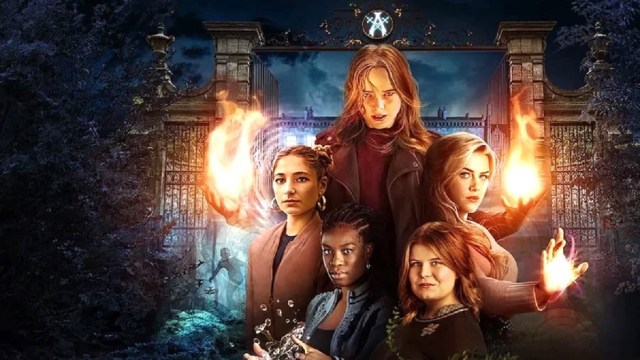 Fate: The Winx Saga season two dropped on Netflix about two weeks ago and has remained in the top 10 all around the world ever since. After the first season dropped, a second season was announced very quickly afterwards. However, we still don’t have confirmation of a season three. We do know that the show runners already have ideas and plan to pull from the source material more though, which would make fans of the original Winx Club happy. Like the cartoon, Fate follows six fairies and their friendship as it proves strong each time they face a villain. Unlike the cartoon however, they’ve left out one of the main fairies, Tecna, the fairy of technology. Fate also added another fairy with air powers , Beatrix, whose focus is electricity. Most assume her to be a play on the Trix from the original cartoon, but for right now she’s a fairy.

Even so, the fairies in Fate are all different and unique in their own ways, each having their own special powers and elements. The question is, though, who is the best out of the main six? Everyone has a favorite, even if you don’t want to admit it. Using their powers, their personality, their faithfulness to the original series and what we’ve seen of them throughout two seasons, here is a ranking of the fairies in Fate: The Winx Saga.

Musa has to be the most-changed character from the original cartoon, however that isn’t the entire reason she’s on the bottom of this ranking. In season two, we see Musa struggling with her magic, and the powers that come with being a mind fairy. It’s even later revealed that she sacrificed herself to the scrapers (the monsters who drain a fairy’s magic) to get rid of her powers. While her chemistry with Riven and their budding relationship is a positive, as well as her dedication to her friends, her becoming a specialist is just a strange turn of events when she’s supposed to be a part of the fairies. This is all in addition to the whitewashing of her character who is supposed to be Asian as she’s modeled after Lucy Liu. Fate‘s version of Musa simply isn’t it.

Next up is Terra, who is the original Earth fairy of the Winx. Usually she radiates positivity and happiness, but in season two we saw another side of her when her cousin, Flora, showed up. There was a bit of jealousy and judgement towards her cousin, and it didn’t seem warranted. Terra is definitely powerful, and considering we don’t have a character from Winx Club to compare her to, she faces lesser judgement when it comes to that area. It was refreshing to see her coming out scene in season two, and it was incredibly well done and beautiful. Still, Terra comes off as judgmental of the rest of her friends even when they’re accepting of her. It’s just a little off putting and makes it hard to root for her character.

Though fan theories think Beatrix is a version of the Trix witches, it’s still unconfirmed, so for now we’ll rank her as her own separate entity. An air fairy with a specialization in electricity, Beatrix is the frenemy you love to hate in Fate. She’s betrayed the girls and the school multiple times, but has also come through in true times of terror. We even saw her sacrifice herself to save them in season two, which was a major moment for her character. With witty one liners and iconic mean girl moments, Beatrix certainly has that unassuming look about her which makes her character all the better. Along with her relationship with Stella, seeing Beatrix play both sides in season two definitely made her a more intriguing character.

The Princess of Solaria, Stella, is also very different from her cartoon counterpart. It really seemed to work for her and the story in season two. She’s definitely grown since we saw her in season one, and we even saw some more of her powers in the first couple episodes where she could turn invisible. It was nice to see her struggling with her family life as well as being newly single from Sky since he and Bloom got together. What may be most intriguing about Fate‘s version of Stella though is her newfound relationship with Beatrix. Though they were only ever confirmed as friends, there were definitely some sparks flying between the two. Stella is a well-developed character and has parts of her from the cartoon while also retaining the more mature vibe that Fate is trying to achieve.

Newly introduced in season two, Flora is another original character from Winx Club. Many fans were worried that Terra was taking her place and they simply changed her name to make up for whitewashing her. However, they fixed that by introducing her this season and making her just as amazing as she was in the cartoon. While in the original cartoon, Flora is soft spoken, we see a more empowered version of her in Fate which was a welcome change. Terra is already sort of quiet, so distinguishing the two made for a much better dynamic between the cousins. Though we’ve only had Flora for one season, she’s already made quite the impact by showing up for her newfound friends and sacrificing herself and her magic for them.

One of the best characters in both Winx Club and Fate: The Winx Saga is Aisha. Though there are major differences between the two versions of her character, both are just as badass. In Fate, we see a bit of Tecna showing through Aisha as she is the one who makes the plans that the group always seem to rely on when facing something. She is truly the heart of the Winx and continuously shows how much she cares about her friends. It was nice to see a romance for her, even if it ended poorly, but seeing her let her guard down in a different way was not only refreshing, but also relatable for many fans.

Finally, we come to Bloom at the top. Not only is she the main character, but she’s also had the most development since we first met her. While in Winx Club she could come off as annoying and repetitive, Fate has really fixed that problem by making her struggle with her powers and who she is as a person. Seeing her wield the Dragon Flame in season two was so exciting, especially considering how confident she was in herself by the end of this season. It was exciting to see her so desperate to connect with her history and who she was that she was making mistakes, sometimes shows can make their main characters too perfect, but Fate is more than alright with letting Bloom learn from past missteps and take guidance from her friends on how she can fix things. She’s definitely a beautiful mix of all things Bloom and Winx mixed together.