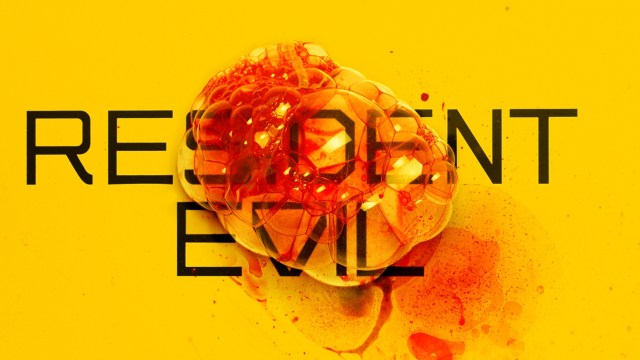 Netflix’s new action-horror series, Resident Evil, based on the capcom video game franchise of the same name, is just about ready to debut on the streaming service. The show will attempt to reboot as well as reimagine the lore of the 26-year-old franchise.

According to Netflix’s synopsis, the television reimagining will take place in a dystopian future:

“Year 2036 – 14 years after Joy caused so much pain, Jade Wesker fights for survival in a world overrun by the blood-thirsty infected and mind-shattering creatures. In this absolute carnage, Jade is haunted by her past in New Raccoon City, by her father’s chilling connections to the sinister Umbrella Corporation but mostly by what happened to her sister, Billie.”

The series will take place over two timelines separated by fourteen years, showing the childhood of protagonist Jade Wesker and her future in a world where humanity cowers behind walls in fear of the billions of cannibal mutants that stalk the wastelands outside. Jade lives with yet another terror — that of being captured by the Umbrella Corporation that caused the deadly outbreak and now seeks to control the world.

The cast of the new series includes some newcomers as well as some recognizable showbiz vets. If you’re scratching your head wondering where you’ve seen them before, check out our field guide below.

Sci-Fi fans are sure to remember Reddick as Homeland Security Special Agent Phillip Broyles in Fringe and Matthew Abaddon in Lost. He also played recurring roles in the acclaimed drama The Wire. Reddick is currently playing Chief Irvin Irving on Amazon Prime’s Bosch. Action fans will most likely know Reddick for having appeared in (or perhaps we should say survived) each of the installments of the John Wick franchise and Continental Hotel concierge Charon. Reddick will reprise the role in the upcoming fourth installment.

Balinska has already proven her action chops, having appeared as angel Jane in the 2019 Charlie’s Angels reboot, her biggest role to date. She’s known in her native UK for appearances in such series as Midsomer Murders and The Athena. She’s starred in the thriller Run Sweetheart Run and performs as Frey Holland in the video game Forspoken.

Jade’s younger self is played by Tamara Smart. Smart got her start as Enid Nightshade, the hero of the CBBC series The Worst Witch. She’s gone on to appear in films such as Artemis Fowl and A Babysitter’s Guide to Monster Hunting. Smart will voice Siobhan in the upcoming Netflix stop-motion comedy horror, Wendell & Wild.

Rudolph already has some horror chops, having appeared in the teen horror series Chilling Adventures of Sabrina as Agatha. She also appeared in fellow Archie Comics spin-off Riverdale as recurring character Minerva Marble.

Siena Agudong plays the younger version of Billie Wesker in the series. Netflix viewers may recognize her for her principal role in the series No Good Nick, which ran on the service in 2019. She was previously best known for her work as Sophia Miller, the star of the Nickelodeon series Star Falls.

Mexican actress and producer Paola Núñez is best known in her native country for her roles in several telenovelas, especially for her breakout role of Barbara Bazterrica in the telenovela Amor en custodia. She has appeared in episodes of The Purge, Magnum P.I., and will appear in Netflix’s upcoming horror series The Fall of the House of Usher directed by Mike Flanagan. She also played Rita Secada in 2020’s Bad Boys for Life.

Canadian-Pakistani actor Raza Mir began a career as a stage actor and playwright before deciding to move to Pakistan to pursue a film career. Both his father, an actor, and his grandfather, cinematographer Raza Mir, had established careers in the country prior to Ahad. He has since had an acclaimed career in Pakistani film, television, and theater, earning multiple awards for his performance in the TV show Yaqeen Ka Safar.

French-born Tutu is known for his portrayal of Tebogo and Gary Mokoena in the 2018 South African series, The Imposter. He also played the hotel receptionist in the Netflix-produced South African film Seriously Single.

British-South African actor Anthony Oseyemi has been acting in UK and African production for two decades. He is known for his roles in the series Last Rights, and Coming Up, as well as the miniseries Five Fingers for Marseilles, and The Congo Murders. Oseyemi appeared in Simon Pegg’s 2014 film Hector and the Search for Happiness and recently played the role of Winston in the South African horror thriller, Gaia.

South African actress Vivier’s career began with her part in director Johan Cronje’s Wonderlus. Her performance as the unnamed waitress character earned her the Best Actress award at the 2017 Silwerskerm Film Festival. She plays the lead role of Yola Fischer in the South African TV series Dam. She also starred in Cronje’s film The Day We Didn’t Meet.

Resident Evil will be available for streaming on Netflix on July 14.