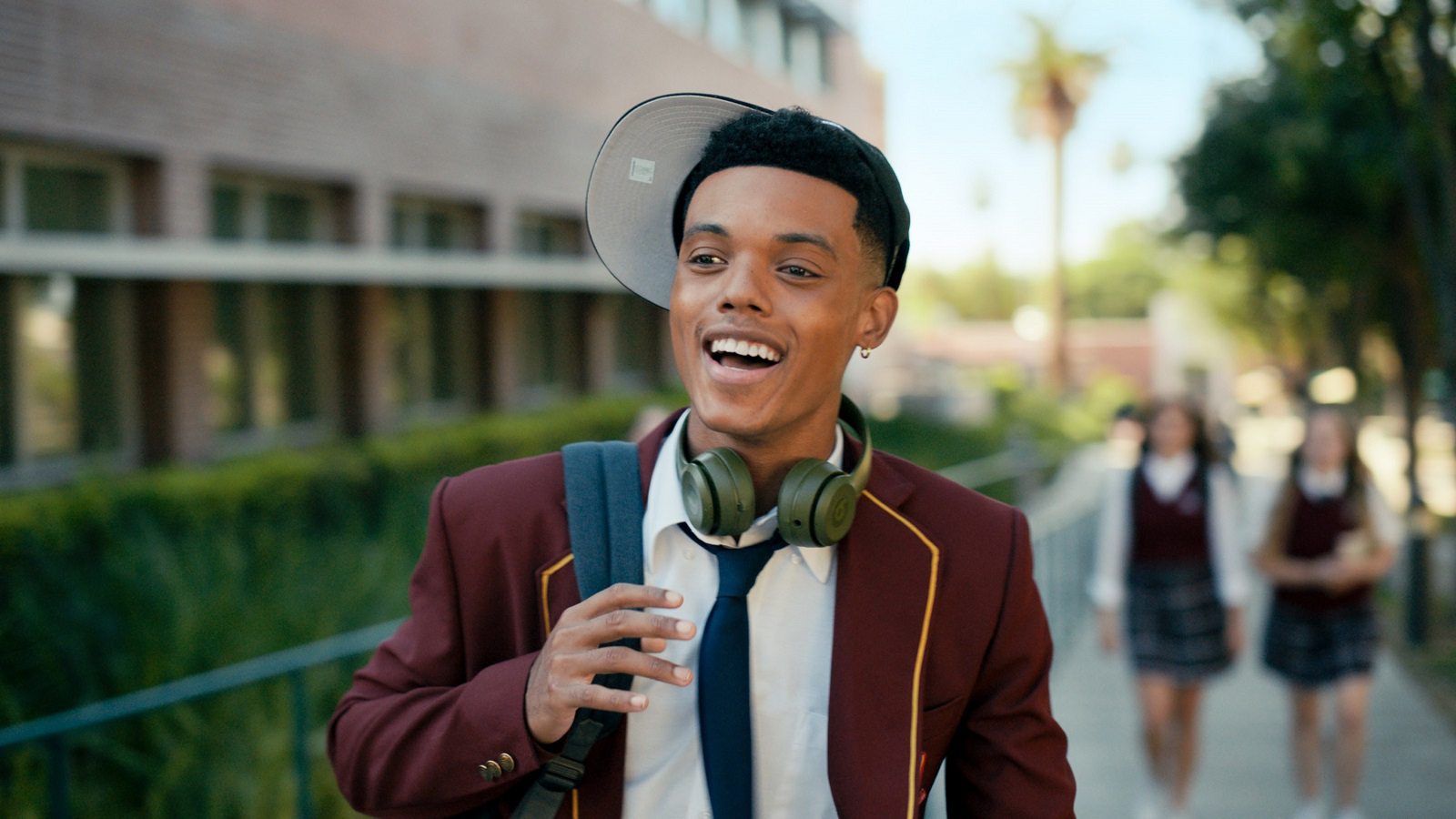 This inspired reworking of a classic sitcom, introduces another generation to The Fresh Prince.

With an inception period including four different showrunners, an executive producer with a decidedly vested interest, and one sizeable sitcom legacy, Bel-Air had its work cut out for it. When the inspiration behind your show stems from an NBC archive of revered television content — which almost singlehandedly launched Will Smith into the entertainment stratosphere — that new iteration best be more than fresh.

Thankfully, what becomes apparent early on is how right this Peacock reinvention of the former Will Smith vehicle feels. The confident pre-possession that set Smith apart the first time around has been harnessed by Jabari Banks, who carries that responsibility with cool detachment. The revived Bel-Air ties into the edgy dramatic direction that intentionally influences it from its opening frame. By broadening the canvas and delving into that backstory, familiar to viewers via Smith’s iconic theme song, it instantly casts off the sitcom shackles of its counterpart.

Gone are the comedic asides and situational constraints which defined that original, only to be replaced with a more grounded and infinitely more complex version. Bel-Air soon ceases to be a reboot from any angle, as it touches on gun culture and street gang etiquette. Showrunners T.J Brady and Rasheed Newson have also put together a cast of uniquely gifted character actors breathing life into this new Banks family, giving them substance and considerable room for emotional growth.

This Phillip Banks, as portrayed by Adrian Holmes, has been carved out of granite and is intentionally less loveable than his sitcom counterpart. Ambition still burns bright within the heart of the millionaire, who sees the arrival of a wayward Philadelphia native as potentially problematic. Early scenes between Phillip and Will are fresh, fractious, and fraught with dramatic potential as the latter finds his feet. Combined with their naturally combative streaks, these two headstrong actors are continually at loggerheads, giving Bel-Air an essential sense of urgency.

Further friction is added to the mix by Olly Sholotan, who moves away from the original Carlton Banks characterization to offer up a radical rethink. In its place, audiences are introduced someone who hides behind his wealth and popularity through the consumption of substances. Much of the tension in these opening episodes hinges on a clash between individual ideologies, sibling insecurities, and an inherent distrust of the new. Affluence and opportunity in this household doesn’t lead to a pampered life of idle apathy. If anything, Will represents a wake-up call to both Carlton and Hilary, as portrayed by Coco Jones in social influencer mode.

Cassandra Freeman also injects matriarch Vivian Banks with some complexity, as she tries to reconcile her artistic ambitions with the more political goals of her husband. In trying to encourage Hilary through her Bel-Air connections and playing peacemaker elsewhere, Freeman grounds this heightened reality with touching moments of considered pathos. Beyond that, these showrunners were also savvy enough to explore the impact of contemporary culture on this new series, as social media plays a large part in exacerbating dramatic plot points.

Bel-Air also goes to great lengths in demonstrating cause and effect, both in terms of the actions which Will takes and how that impacts on those around him. This is a delicate line to walk even in long-form television, but the show successfully negotiates without dropping the ball. Before long, it becomes so adept at pulling off this trick that something genuinely organic begins to happen as events unfold.

Bel-Air becomes its own animal in every sense, as elements which had inspired become flawlessly integrated into the whole. It morphs into a fully-fledged drama series with backbone as characters learn life lessons, quashing jealousies and managing reconciliations. Both metaphorically and otherwise, this feels like a literal passing of the torch between generations, as Banks in particular steps up to the plate and revels in this opportunity.

With a two-season order and the promise of curiosity from an audience looking to write this off, Bel-Air is likely to catch many off guard. With dramatic gumption, some savvy plot line choices, and a cast reinvention which will get people talking, be prepared to hear a lot more about this show.

This inspired reworking of a classic sitcom, introduces another generation to The Fresh Prince.