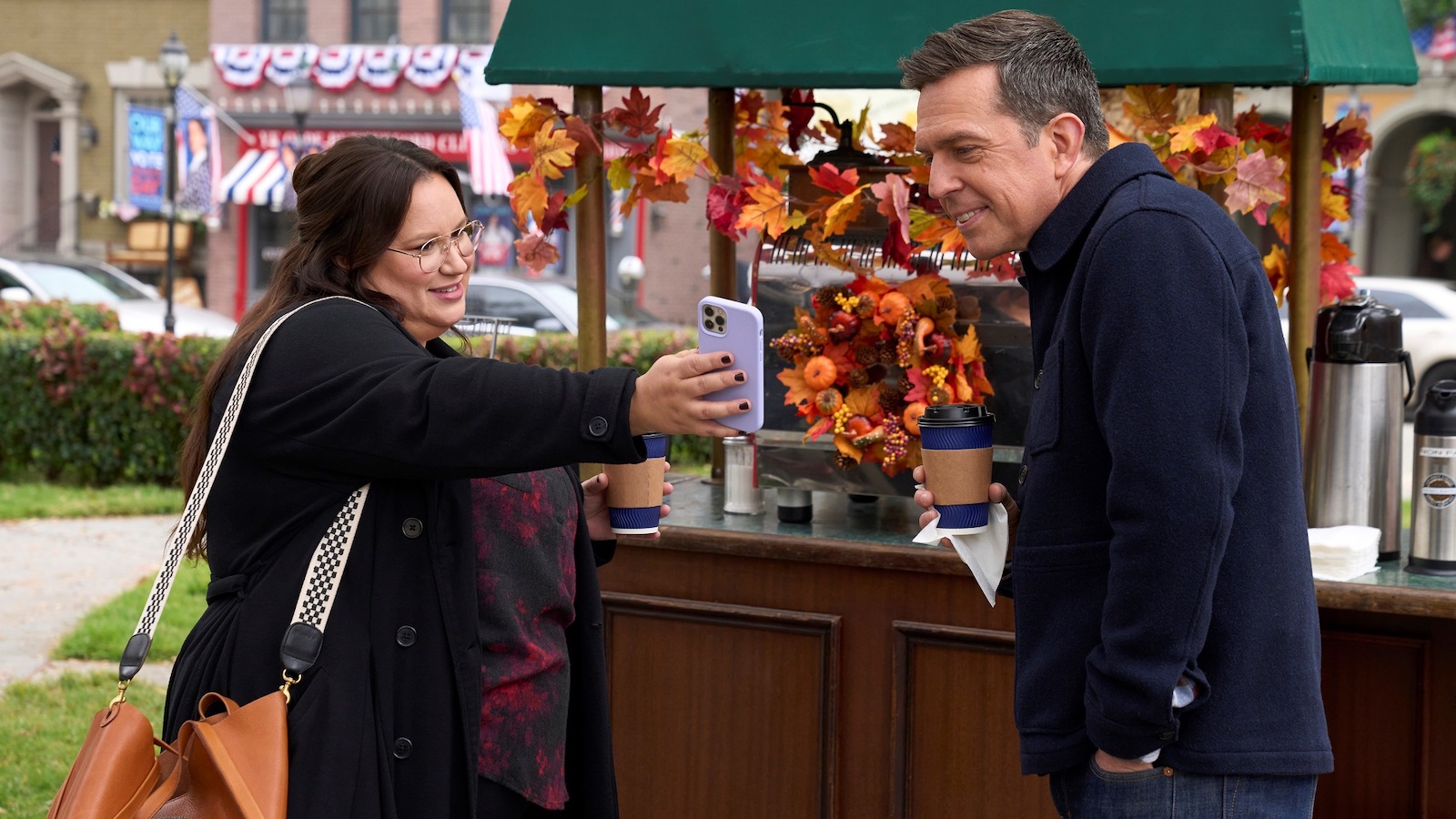 This sophomore season from Peacock continues to make some brave choices.

Rutherford Falls, created by Ed Helms (The Office), Michael Schur (The Good Place), and Jana Schmieding (Reservation Dogs), is a gentle, character-driven comedy with a primarily indigenous cast that places Helms, the straight white guy, as the fish out of water. This Peacock original, which premiered in 2021, garnered numerous award nominations for its opening season and now has season two waiting in the wings.

Created by a team who have done their time on shows including Brooklyn Nine-Nine, The Office, and The Good Place, this indigenous culture clash comedy promised something new. How many Native American land reclamation sit-coms have you seen? By exploring the inherent comedic potential of two opposing versions of history in contemporary society, the show brings a genuinely fresh perspective to television.

Over the course of that opening season, Nathan Rutherford (Helms) is introduced to audiences as a self-absorbed ancestor of colonizers in a small town who clings to his heritage like a life raft, constantly reminding the inhabitants that he is solely responsible for their very existence. Not only a contentious character for comedy but one which felt dicey in dramatic terms as well without the right actor.

Thankfully, with Helms breathing life into this deluded town figurehead, there were no such problems, as Nathan remained mostly harmless. Whether berating the mayor Deirdre Chisenhall (Dana L. Wilson) or locking horns with local business mogul Terry Thomas (Michael Greyeyes), there was a gentle quality pervading his performance.

Despite a few tonal missteps in the first season, Rutherford Falls proved to be a very engaging proposition. Co-writer Michael Schur brings a familiarity to these characters that was reminiscent of The Good Place, a high-concept show sold solely by the actors involved, and this series has a similarly cozy feel to it.

Much of that success came down to the pairing of Jana Schmieding (Reagan Wells) with Ed Helms, playing off each other for a majority of season one. As their two competing museums slash heritage centers battled for supremacy, amongst a slew of low-key emotional drama centered on bringing their community together. The drama combined with a plethora of personal epiphanies, which saw Nathan question his very identity, and end season one on a poignant note.

As Rutherford Falls mark two opens, this small town has undergone a transformation of its own, forcing the townsfolk to embrace another century. One that seeks to commercialize and exploit a passion for old Americana, as the Minishonka tribe makes good on their threat to take back their land.

Bobbie Yang (Jesse Leigh), who proved to be such an asset both dramatically and otherwise in that opening season, returns in a supporting role while Josh Carter (Dustin Milligan) adds another dimension beyond his podcast – an American Powderkeg. However, despite the return of these regulars to Rutherford Falls, there is still a distinct lack of urgency to proceedings.

The fresh faces make waves, but ultimately this show neither gains nor loses momentum dramatically. Helms, Leigh, and Schmieding remain engaging enough, but Rutherford Falls feels very safe, and for a series that is sold on its comedy credentials laughs are sometimes very thin on the ground.

Similar to the first season, where certain scenes drifted closer to drama than comedy, there are a few instances where things feel a touch too serious. The main cast might seem more comfortable in their roles this time around, but beyond Nathan’s personal epiphanies carried over from the last season, mark two feels quite pedestrian. That is not to say Rutherford Falls is a mediocre show by any means, but rather that audiences are unlikely to feel any degree of progression, as everyone meanders along quite happily.

Rutherford Falls remains a progressive piece of thought-provoking programming deserving of its sophomore season where bold cultural discussions can take place on a global platform under the guise of light entertainment.

This sophomore season from Peacock continues to make some brave choices.