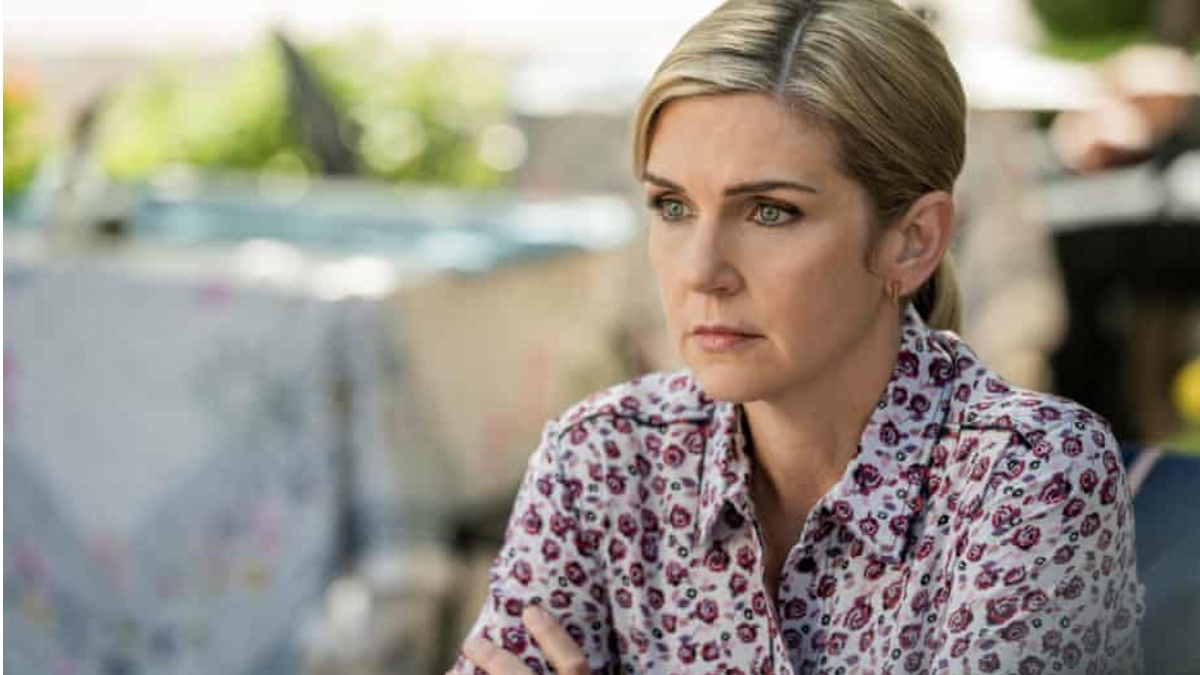 As the sixth and final season of Better Call Saul draws to a close, all eyes are on Kim Wexler. Given that Kim evidently does not stick around for the series of events that transpire in Breaking Bad (or worse, she doesn’t live to tell the tale), the fate of the character expertly played by Rhea Seehorn is hanging very much in the balance.

Seehorn stopped by The Late Late Show with James Corden on Wednesday night ahead of Monday’s midseason finale and made it clear that she knows we’re all worried for her character. But at the same time, we all knew what we were getting into when we started this journey with the lawyer formerly known as Jimmy McGill.

When asked by host James Corden what usually transpires when she meets fans on the street, Seehorn admitted that people want to know what happens to her character, for obvious reasons. Currently, Kim Wexler is breaking some bad of her own with her and Jimmy’s quest to ruin the good name of Howard Hamlin.

“The concern is warranted,” Seehorn explained. “But what I do love is that people want to talk to me like she’s a three-dimensional person separate from me, so they want to tell me, ‘You have to stop her from making some of these decisions and she needs to not do this and doesn’t she know what he’s going to become?'”

“I have to tell them, first of all, ‘I don’t know anything about it,’ and second, ‘She hasn’t seen Breaking Bad,'” Seehorn quipped. “I can’t warn Kim about Breaking Bad. But I do love that they see her as a real person.”

Indeed. And with just seven episodes left, we all hope she makes it out alive. The midseason finale of Better Call Saul airs on May 23, 2022, with the final batch of six episodes to follow on July 11, 2022. There’s still plenty of time to say a little prayer for our favorite blonde lawyer.