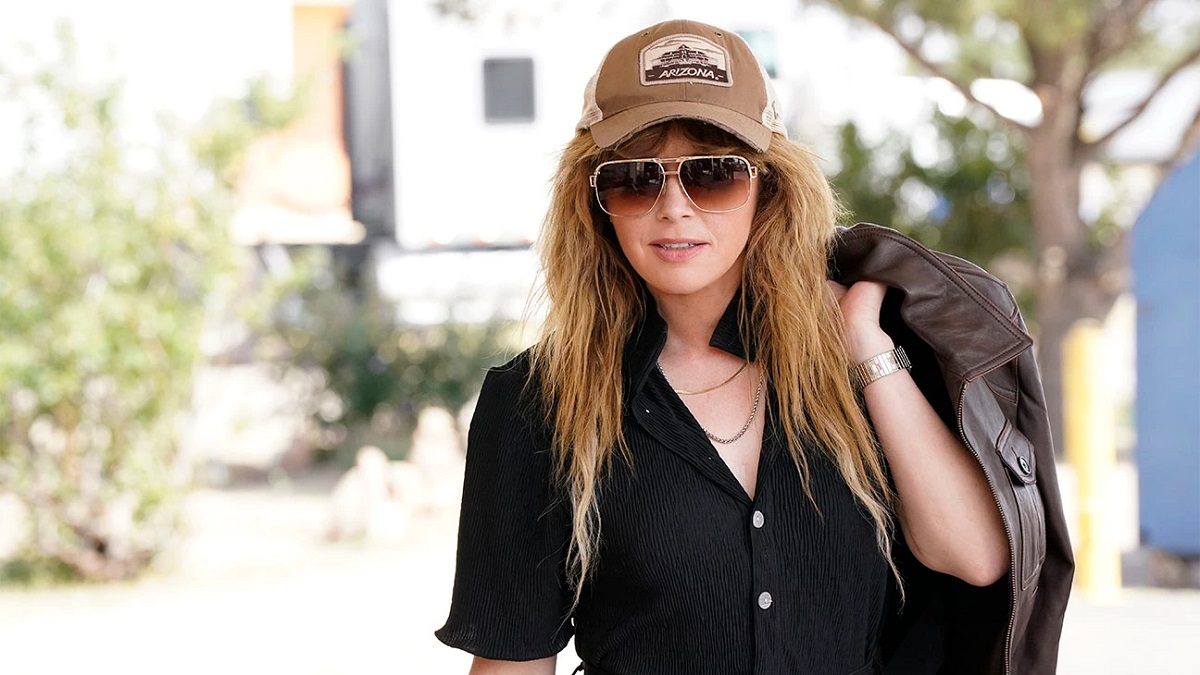 Rian Johnson is proving to be one the most insatiable creatives in the entertainment industry. Even after crafting another surefire homerun in his Knives Out standalone sequel Glass Onion, the filmmaker decided that having two critically acclaimed murder mysteries wasn’t satisfying enough, so he proceeded write another one.

What came from this murder mystery gluttony was Poker Face, a 10-episode series that just premiered on Peacock, and as alluded to moments ago, it’s been knocking the socks off of critics, with a 100 percent approval rating on Rotten Tomatoes after 38 reviews.

Poker Face stars Natasha Lyonne as Charlie Cale, a casino worker who finds herself on the run from her employer, traveling across the United States in her Plymouth Barracuda. With a brand new stop every episode, she finds herself surrounded by a fresh cast of characters every other day, all of them connected to a local murder mystery, which Charlie and her uncanny ability to detect when people are lying can’t help but get involved in.

“Of the many bespoke touches that make Poker Face a true midwinter gift, the greatest pleasure is in watching an extraordinary character, played by an extraordinary actor, puzzle her way through the bottomless mysteries of the human psyche.”

The Mary Sue‘s Rachel Leishman gave equally high praise for the show, noting how the combined efforts of Johnson and Lyonne resulted in a refreshing spin on Columbo‘s howcatchem formula, which Poker Face is heavily inspired by.

“The thing is: Natasha Lyonne’s energy is close enough to the energy that Peter Falk had just naturally that the show instantly has the same kind morbid comforting energy that Columbo had, but this time with Lyonne at the heart of it.”

And Daniel D’Addario of Variety chimed in on the inch-perfect sentiment with a nod to the delectable combination of a deftly capable actress, a visionary showrunner, and Poker Face‘s ability to combine comfortable familiarity with attention-grabbing spins.

“This elegant set of mystery stories allows an established star the time and space to crack a new sort of case, that of how to evolve a familiar persona and bring fans along for the ride.”

Perhaps the only gripe one might have with Poker Face is how close its release date was to that of Glass Onion; after all, having more Rian Johnson murder mystery material to hold us over until Knives Out 3 would be the greatest gift of the year.

The first four episodes of Poker Face are available to stream on Peacock, with a new episode releasing every Thursday until the season’s conclusion on March 9.