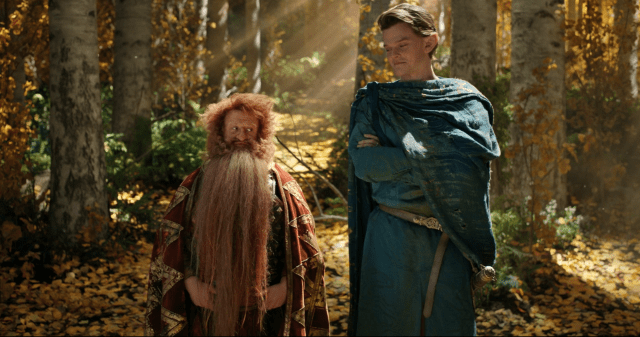 The Rings of Power might get a lot of flak for all the things it gets wrong, but when it comes to honoring Tolkien’s way with words, the fandom seems to think the first season is full of quotable lines.

One of the distinguishing marks of J.R.R. Tolkien’s The Lord of the Rings is the English professor’s timeless prose. Whether it’s pastoral plains, rolling hills, gigantic mountains, or even character dialogues that sound archaic yet perfectly seamless in the grand tapestry of its time period, the Arda legendarium is in no shortage of concisely beautiful descriptions nor delicately worded sentences, being neither too flowery nor too unembellished.

Now, fans of the Prime Video adaptation are discussing some of their favorite lines in the first season, and there definitely seems to be a myriad of them.

Sauron’s line from the finale should definitely be on this list because it sounds exactly like something one of the Valar would say in the olden days.

Gil-galad’s pithy sentence about hope sounds like a line plucked right out of The Fellowship of the Ring.

Then there are all the words of wise that Galadriel enunciates during the first season, especially that one aimed directly at the audiences and all their guesswork concerning the identities of Sauron and the Stranger.

Okay, this may not be very on-point so far as Tolkien is concerned, but it’s still one of the more iconic lines from The Rings of Power.

Here are some other fan favorites.

All eight episodes of The Rings of Power are currently available for streaming on Prime Video, with a second season already undergoing principal photography in the UK.