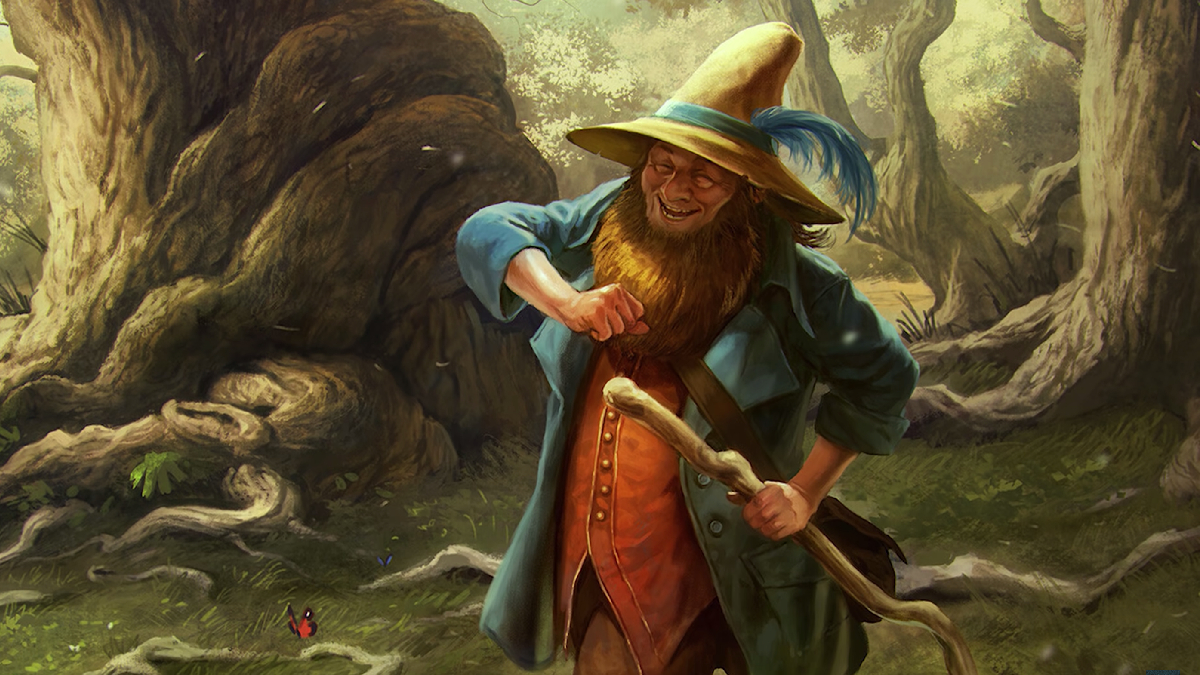 A tantalizing rumor is catching the attention of Tolkien die-hards.

Amazon Prime’s The Lord of the Rings: The Rings of Power is taking aim at an entirely new portion of J.R.R. Tolkien’s Middle Earth histories. Diverting from the Third Age, during which the Fellowship is formed and the War of the Ring is fought, Rings of Power instead centers in on the First Age. Set millennia before Frodo was born, the show fixates on figures from Middle Earth’s history, and tosses in a number of massive names—some of whom even made appearances in The Lord of the Rings trilogy.

Characters like Galadriel and Isildur are recognizable even to casual Lord of the Rings fans, but one character has never managed to depart the pages of Tolkien’s works. Tom Bombadil is an absolutely vital character in Middle Earth’s lengthy canon, but his unique traits — and near impossible power levels — make him a challenging character to adapt.

In the books behind Peter Jackson’s hugely popular films, Frodo, Sam, Merry, and Pippin actually cross paths with Bombadil near the beginning of their quest. An enigmatic and eccentric fellow living to the east of the Shire, Bombadil aids Frodo and his crew in their quest to depart the lands of the Shire, but the many challenges his character poses have kept him far from any adaptation.

If rumors are true, Bombadil could finally be headed toward his big entrance. The shockingly powerful being may just be a part of Rings of Power season two, according to several dedicated Tolkien nerds. TheOneRing.net reports that several sources have picked up on a character named “Tom” on set, and in the process, throwing the rumor mill into a frenzy.

Exactly where Bombadil might fit into the story is now the subject of passionate debate among Tolkien loyalists. The character, while seemingly kind and benevolent, never raised a hand against the encroaching forces of darkness. He stayed far from the rising conflicts of Middle Earth, despite possessing more than enough power to aid the forces of good. He’s been around for longer than almost anyone — perhaps even the Valar — and claims to remember the first raindrop to ever touch down on Arda’s soil.

Bombadil’s reclusive and enigmatic nature make for a challenging task. Where, exactly, he might fit into the Rings of Power storyline is still up in the air, but some options are far more likely than others. Bombadil doesn’t tend to depart the borders of his land, instead content to enjoy the massive power he has over the valley of the River Withywindle and his lovely wife, Goldberry. With this in mind, it only makes sense for characters to come to him.

Thus, the most likely storyline to cross paths with Bombadil is that of the Stranger and Nori. The pair are set to wander far in season two, and this could put them in position to meet the ancient being. There are other options, of course, particularly if Bombadil’s reclusive nature didn’t set in until the Second or Third Ages, but few seem overly likely.

News that Bombadil could make his live-action debut in Rings of Power is shaking the fandom, many of whom thought they’d never see him adapted. If true, it’s certainly an ambitious move by the team behind Amazon Prime’s pricey series. Bombadil certainly won’t be an easy character to adapt, but if they manage it right, he could be one of the most interesting elements of season two.