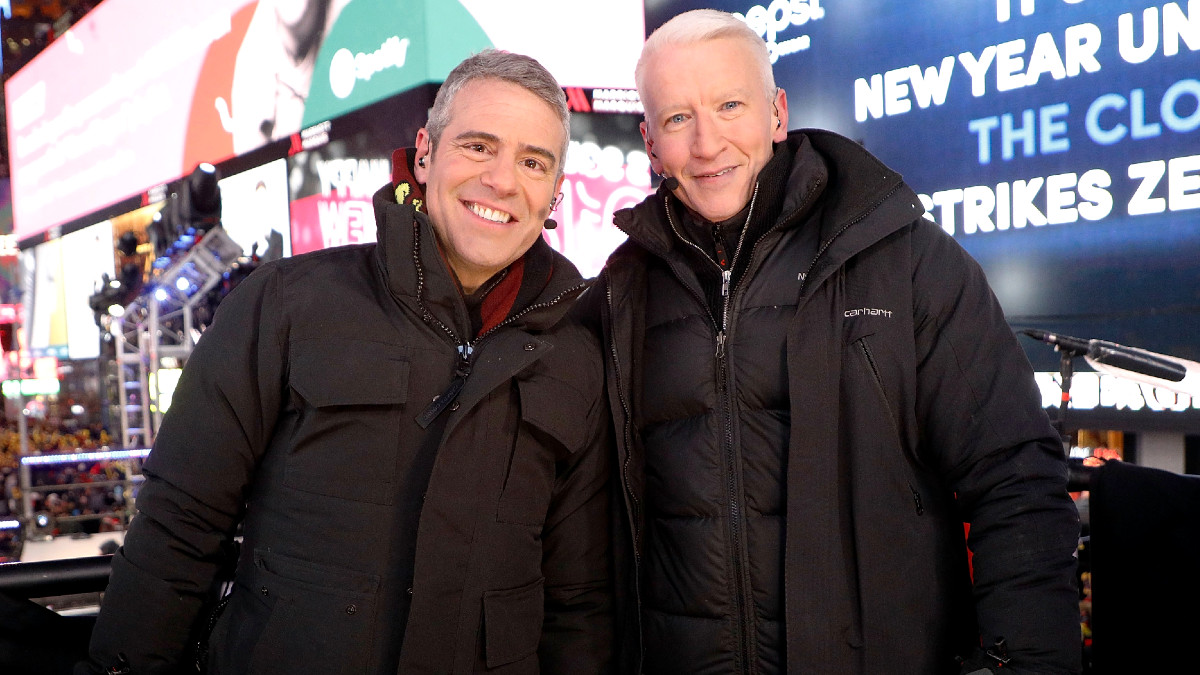 Last month, Variety reported that, in an effort to regain credibility, CNN will no longer allow anchors and correspondents to imbibe alcohol during the cable news network’s annual New Year’s Eve broadcast. And although the new rules will apparently not apply to Time’s Square cohosts Andy Cohen and Anderson Cooper, Ryan Seacrest seems to think CNN is making the right call.

But while boozing may not technically off limits for Cohen, it remains to be seen whether he’ll likewise practice drinking in moderation, after going a bit off the rails last year.

In addition to blasting former New York City mayor Bill DeBlasio, the Bravo host took a shot at Seacrest, who hosts ABC’s rival Dick Clark’s New Years Rockin’ Eve program, by at one point joking about “Ryan Seacrest’s group of losers that are performing behind us.” At the time, Cohen was referring to Journey performing without frontman Steve Perry leading the band.

So when asked about CNN’s decision in an Entertainment Weekly interview published earlier this week, Seacrest agreed that it was probably for the best.

But I think they had something to say about my show at one point, which was I’m sure from the alcohol because, I don’t think they would say what they said about our performers if they weren’t drinking. But, you know, I think our show’s a bigger, broader show and we will not drink until 1:05 in the morning.”

Having said that, with the subtle dig over the mainstream popularity of his own show, Seacrest joked that he might send Cohen and Cooper some Casa Dragones tequila to “tempt them” while they’re on the air.

Though, the 54-year-old may attempt to be on his best behavior of his own volition after apologizing for the incident, or incidents, following last year’s show.

“The only thing that I regret saying is that I slammed the ABC broadcast and I really like Ryan Seacrest,” Cohen later said on his Sirius XM radio show. “And he’s a great guy and I really regret saying that. And I was just stupid, and drunk, and feeling it. I was continuing the Journey rant and I just kept talking, I shouldn’t have, and I feel bad about that.”