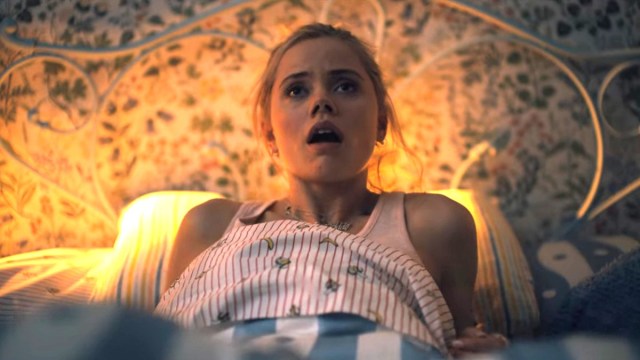 Although it might’ve passed under your radar, the second season of a smash-hit series that already thrilled streaming audiences last fall is about to premiere. As based on the bestselling novel of the same name by Karen M. McManus, teen murder mystery show One of Us is Lying earned itself a rabid fanbase when it launched on Peacock last October. Not to mention that it gained even more appreciation once it released internationally on Netflix.

So the series’ many fans will be pleased to hear that the incoming sophomore run will be much darker than what’s come before. While speaking to MovieWeb, executive producer Erica Saleh promised that One of Us is Lying season 2 will “challenge the characters’ morality” even more than the first set of episodes and inspect the “gray areas” of what the Bayview Four, aka the Murder Club, will and won’t do. As Saleh teased:

“Starting to go a little darker was most compelling. I think in Season one, the characters have all done some messed up stuff by that point. They’re all hiding these secrets they’re not proud of from Season One. But they realized that part of being a person is making mistakes and living honestly, and that going to be good for them. In Season Two, we’re letting ourselves wrestle a little more with the gray areas and challenging the characters’ morality—not making them good all the time. Because people aren’t good all the time.”

Fans of the book were taken aback by how much was changed from the original storyline for the TV adaptation last time around, and it sounds like this unpredictability is something that will continue in the second season. Saleh went on to say that various character dynamics in this new run “really blow up” compared to where we left them at the end of the first season:

“I definitely came into the writers’ room sort of knowing who I thought Simon Says was and knowing a general arc for the season. But I have such a great staff of writers who pushed some of the characters into territories that surprised me. I wasn’t necessarily planning on taking on the journeys we took them on. I think some of the friendships, antagonists, and characters that were quite small in Season One, really blow up in Season Two.”

Season 1 offered a murderous twist on the classic Breakfast Club scenario as five kids went into detention, but only four came out alive. The plot saw overachiever Brownwyn (Marianly Tejada), cheerleader Addy (Annalisa Cochrane), slacker Nate (Cooper Van Grootel), and jock Cooper (Chibuikem Uche) try to figure out who was responsible for the death of hated student Simon (Mark McKenna). Season 2 promises to see the kids facing the destructive consequences of their actions.

One of Us is Lying returns to Peacock for its second season this Oct. 20.