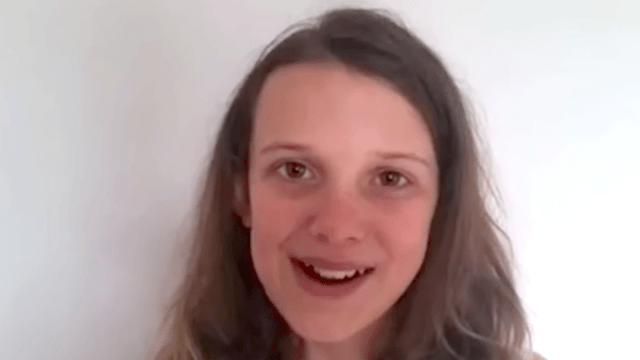 An inside look into the casting process of the Netflix original series Stranger Things has unearthed adorable audition tapes of the show’s leading cast. Even more impressive is the careful casting choice dictated by the show’s casting director Carmen Cuba, who is also the creative eye behind big hits like Magic Mike, Obi-Wan Kenobi, and Nope.

In sitting down with Vanity Fair, Cuba revealed insights into her casting process for Stranger Things, including the hunting down of talented child actors and the cherry picking of Hollywood veterans. As expected, it was all meticulously planned out.

She reveals that it was decided early on that in order to pull off the magnitude of the roles, experienced child actors would be necessary, which meant no “street casting.” Each actor and actress had years of experience prior to starring in Stranger Things. The best part — and perhaps the show’s saving grace — was that neither Cuba nor The Duffer Brothers had any idea the series would go on to become one of the most popular television shows of the last decade, so there wasn’t any pressure to get it right.

Her keen eye is not only responsible for Winona Ryder as Joyce Byers and David Harbour as Jim Hopper, but also every single one of the child stars who have seamlessly carried the weight of the series on their shoulders since the show’s beginning.

In her sit-down with Vanity Fair, Cuba takes us through the casting process of Will Byers (Noah Schnapp), Eleven (Millie Bobby Brown), Mike Wheeler (Finn Wolfhard), Lucas Sinclair (Caleb McLaughlin), and Dustin Henderson (Gaten Matarazzo). Let’s take a look at what she saw in each of them.

Casting Noah Schnapp was particularly important because like the characters in the show, we as audience viewers had to care that Will Byers had gone missing. A child actor with the innocence to instill empathy and the charisma to carry a scene was vitally important. Especially since Will’s storyline would grow and evolve in season two.

Schnapp had done small acting work on stage prior to Stranger Things. However, the only real work he’d had in front of the camera was from the year prior, when he played Tom Hanks’ son in Steven Spielberg’s Bridge of Spies (2015). Not every young actor can say they bounced lines off of Tom Hanks. No doubt it contributed to Schnapp’s success as an actor, especially in light of his impressive chops in season four.

Since gaining popularity in Stranger Things, Millie Bobby Brown has become one of the biggest rising stars in Hollywood. Regarded as a child prodigy, she held no punches with her Stranger Things audition tape. Cuba explains that Millie not only did her entire audition in an American accent but also the Skype conversation that preceded the audition, causing herself and The Duffer Brothers to temporarily forget that she was British. Additionally, she turned on the water works with ease, truly showcasing her impressive talent.

Prior to Stranger Things, Millie appeared in Once Upon a Time in Wonderland, Intruders, NCIS, Modern Family, and Grey’s Anatomy, proving that she was already a force to be reckoned with. Stranger Things has launched her even farther into superstardom and there’s no doubt in anyone’s mind once the show is over she will continue to be one of the biggest names in Hollywood. Her upcoming movie Enola Holmes 2 is gearing up for an exciting release on Netflix.

Prior to Stranger Things, Finn had appeared on The 100 and Supernatural, and has since created a successful name for himself in the business. He’s racked up dozens of credits to his IMDb, including being known for playing young Richie Tozier in Stephen King’s movie adaptation of It, and young Boris in The Goldfinch. Tacking on the title of director to his name, Carmen Cuba shares that she also just casted his first feature film.

The main cast of Stranger Things is an energetic bunch, to say the least, but the driving force of that energy comes from Caleb McLaughlin, Cuba says. His audition for Lucas Sinclair came after years of experience on Broadway, which lent him the tool set needed to pull off the role.

In addition to his time on Broadway, McLaughlin had experience in front of the camera working on shows like Law & Order: Special Victims Unit and Shades of Blue alongside the late, great Ray Liotta. Like Schnapp with Tom Hanks, McLaughlin has undoubtedly used his experience working with such big name actors to gleam insights into the acting process, surely aiding him in the filming of his 2020 movie Concrete Cowboy alongside Idris Elba and his upcoming movie The Deliverance with Glenn Close.

Every once in a while an actor will come along and breathe new life into a character totally unexpedly from what the writers had predicted. Such was the case for Gaten Matarazzo‘s audition of Dustin Henderson. As Cuba shares, Matarazzo was “the first one who created the part outside of how it was written from the very beginning.”

Like McLaughlin, Matarazzo had experience working on Broadway before Stranger Things. In fact, the two knew each other before becoming costars on the show, even orbiting the same social circle as Sadie Sink (Max), who also worked on Broadway before Stranger Things. Matarazzo has since gone on to star in his own movie, Honor Society, and is using that signature voice of his to bring to life the animated films My Father’s Dragon and Hump, which are both gearing up for releases.

Individually, Noah Schnapp, Millie Bobby Brown, Finn Wolfhard, Caleb McLaughlin, and Gaten Matarazzo are each champions of their own characters. But what really made their characters successful was the supportive dynamic they shared off-screen, says Cuba. She recalled feeling like they were a “team” and likened their casting experience to The Little Rascals.

This trip down memory lane was exactly the push we needed to go back and rewatch the first four seasons of the show. If such a excursion interests you as well, you can find all the episodes of Stranger Things available to stream on Netflix.