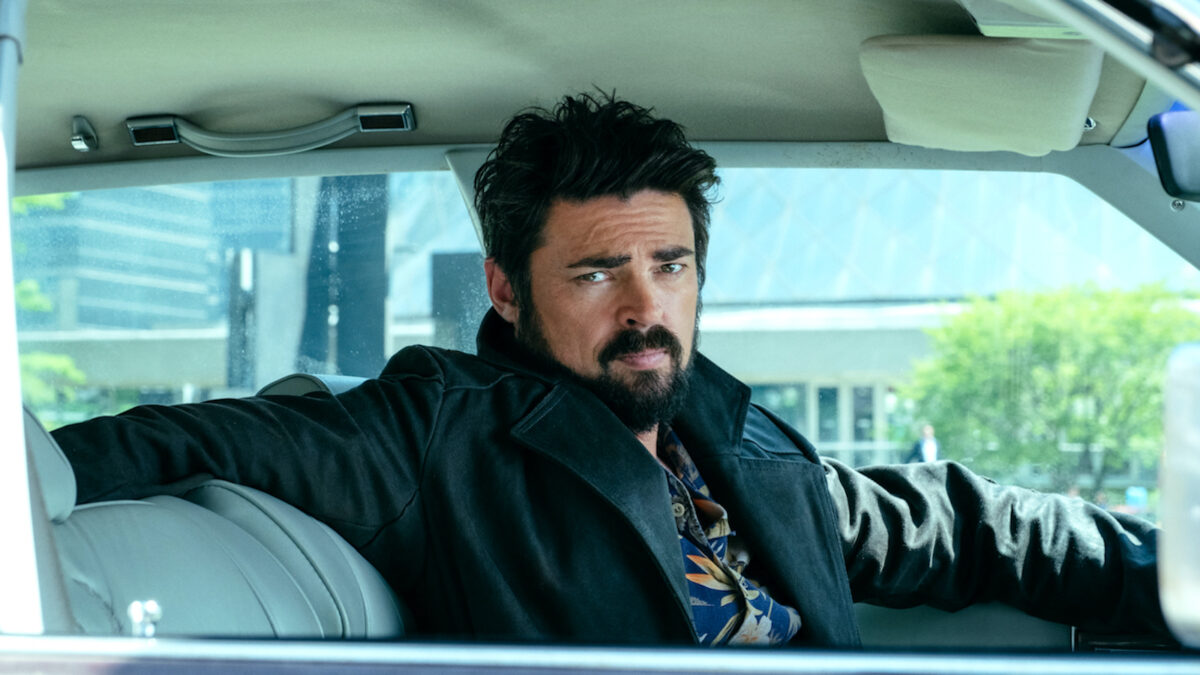 The Boys continued to impress with its recent third season, somehow once again upping the ante with a run of even more demented and dark superhero action. Amazon clearly likes what showrunner Eric Kripke is delivering, as we’re going to get at least two more seasons of the show, along with several spinoffs.

We’ve already gotten the animated anthology Diabolical, not to mention a couple of web shorts set between seasons. However, the biggest by far will be the upcoming Gen V. Set in Vought International’s Godolkin University School of Crimefighting, the show will see would-be superheroes competing against one another for corporate sponsorship.

The shoot is currently underway at the University of Toronto and the Claireville Conservation Area, and one local fan has spotted some very familiar posters. Though they misidentify this as The Boys‘ fourth season, cameras aren’t quite rolling yet, so this has to be Gen V.

So far, we know that the show is loosely inspired by The Hunger Games, and will feature young actors Jaz Sinclair, Lizze Broadway, Chance Perdomo, and Maddie Philips. It’s unknown how much the events of the show and its characters will crossover with The Boys, though judging by the posters in this video, we may get a cameo from Jessie T. Usher’s A-Train.

If filming is taking place now, it would make sense for Gen V to premiere in mid-2023. Given that The Boys tends to release new seasons in late May/early June, we should expect this in roughly the same time slot. Let’s hope we see more images from the Canadian shoot soon, hopefully giving us an indication of what kind of bizarre action is in store.