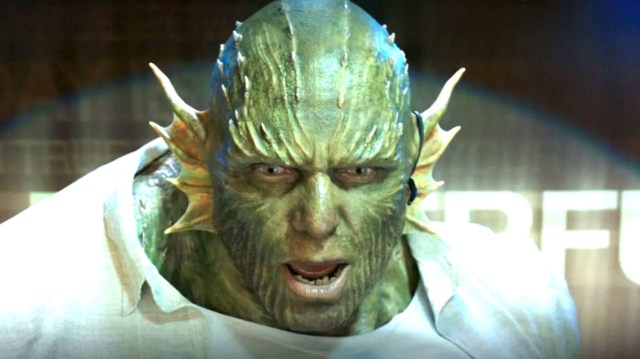 This article contains major spoilers for the She-Hulk finale

The final episode of She-Hulk: Attorney at Law is here, and let’s just say it’s a memorable one. Throughout the season we’ve seen Jen dealing with the vicious internet troll group Intelligencia, led by perennially creepy loser and Wakandan artifact fetishist Todd. The finale picks up where the penultimate episode left off, with Jen imprisoned in Emil Blonsky’s old cell for hulking out after being humiliated at an award ceremony.

She’s released on the condition that she never transforms into She-Hulk again, eventually seeking solace at Blonsky’s retreat, as he’s the one person who knows what she’s going through. But, in an unexpected twist, this is precisely where Intelligencia is meeting to hear an inspirational talk by Abomination. Then Todd turns into a weird Bro-Hulk, followed by Titania bursting through the wall, and finally, the Hulk himself crashing through the ceiling.

If you think this doesn’t make much sense, Jen agrees. What follows is a crazy sequence unlike anything we’ve ever seen in the MCU. She-Hulk busts out of her own show, climbs through the Disney Plus interface, heads into our world, and tracks down the Kevin in charge of the MCU. Yup, they’ve gone full Mel Brooks.

Viewers’ jaws are on the floor:

Nobody saw this coming:

Yes, it is very meta:

Nobody can deny they’re not trying new things:

But some, inevitably, are not happy with the sudden change in tone:

We can’t believe this was approved:

Anyone thinking this is too out of character should probably check out a She-Hulk comic sometime. The Sensational She-Hulk‘s first cover saw the character holding her own book to demand you buy it or she’ll tear up your X-Men comics, and she went on to fight her writer John Byrne after being infuriated by developments in her romance plot.

So really, this crazy finale is about as comic-accurate as you could get for the superpowered lawyer.