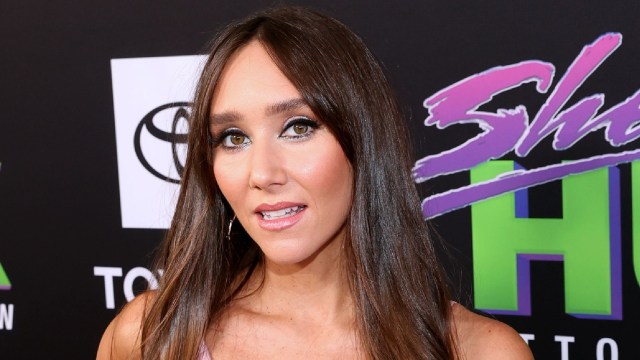 Disney Plus’ latest Marvel offering is set to hit the platform later this week.

She-Hulk: Attorney at Law is set to debut on Aug. 18, and excitement for the upcoming series has been ramping up for weeks. Chatter around the latest Marvel series is split between questions about its plot and connections to the wider MCU, and the stars that are set to join the Marvel universe via the upcoming release. Several of the incoming celebs are well-known, with a few established greats — like Jameela Jamil and Tatiana Maslany — set to join the cast.

Even the lesser-known members of the cast are stirring up hype, and recently Comicbook.com added to mounting fanfare while interviewing cast members during the fitting green carpet premier of She-Hulk. The publication questioned incoming star Patty Guggenheim, who is set to play Madisynn in the series, about which MCU greats she’d most like to rub elbows with in the future. The Marvel universe is well known for its crossovers, so it’s only a matter of time before other MCU favorites are sharing screen time with the She-Hulk stars.

Guggenheim’s response was surprising, not due to the person she picked, but due to her reasons for doing so. The Florida Girls alumna shared that, if she could pick, she’d love to share the spotlight with Chris Hemsworth in the future, but not just because she wants to see the God of Thunder up close and personal. She’s got more pertinent things in mind, like mail.

“I haven’t told anybody this yet, but Thor,” Guggenheim revealed, before plunging into the reason behind her selection. The fact that he’s “fantastic” has a small amount to do with it, but more importantly, she revealed that “I currently live in his old apartment, in his real apartment in L.A., and I still get his mail. And I really want to give it to him.”

Guggenheim’s residence apparently still gets a portion of Hemsworth’s mail, and meeting the brawny Aussie would give Guggenheim the perfect excuse to hand it off — and perhaps request an official change of address form.

While no news surrounding an eventual She-Hulk crossover with the God of Thunder is out, Thor and Hulk have a long and well-established history. Following Ragnarok, in fact, the pair may be closer than any surviving members of the original Avengers. This could make for the perfect excuse to bring Thor into the She-Hulk fold, and finally relieve Guggenheim of all that excess mail.